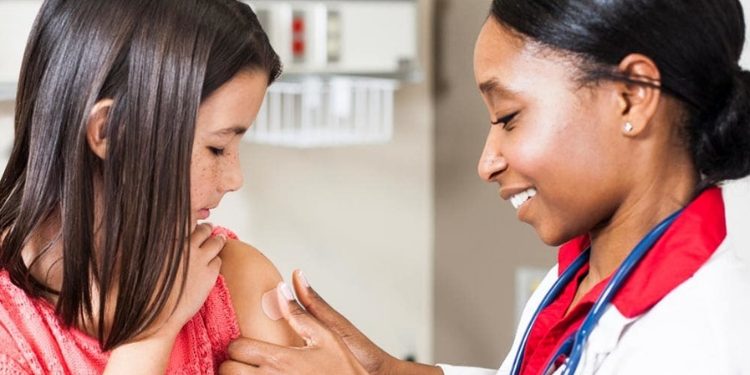 Washington is in the middle of a heated debate that has led to the possible ban on personal and philosophical exemption for the vaccine against measles, mumps, and rubella for young children amid an outbreak of the virus.

Friday, the bill landed inches away from being passed by the state house committee, the bill, however, did pass through the states health care and wellness committee, despite opposition from critics who claim parents should have the full right to choose whether or not their child should be vaccinated.

The panel which was made up of nine Democrats voted to advance the bill, as well as the bills’ sponsor state Rep. Paul Harris, only Republican to support the bill.

The next step involves the House Rules Committee, which Harris is also a member of before the bill is sent to the full chamber for a vote. Earlier this month Hundreds of anti-vaccination supporters protested the law.

The primary goal of the bill if passed would ban personal or philosophical exemptions for all school-required vaccines, not just the state-mandated ones, (MMR).

The bill comes with great urgency after Gov. Jay Inslee (D) declared a state of emergency in Washington around the end of January following a measles outbreak.

According to health officials in Clark County, there have been 53 confirmed cases of measles as of February 14, 2019. The county is known to be an anti-vaccination “hotspot” a couple miles away from Portland Oregan, where the majority of the cases were reported.

The records show that out of the 53 confirmed cases, 47 people were not immunized against the deadly virus and one had the MMR vaccine. The remaining cases have not yet been confirmed, and one person has been hospitalized.

The state data indicated that around 6.7 percent of students in Clark Country were exempted from mandatory vaccines upon entering grade school by claiming personal or religious views during the 2017 and 2018 school year.

As of now, 17 states allow “philosophical-belief” vaccine exemptions due to personal, moral and religious beliefs claims a report published by the National Conference of State Legislatures.

According to the CDC, two doses of the MMR vaccine for measles, mumps, and rubella is 97 percent effective at preventing the illnesses. Many anti-vaccination supports have long held to the idea and “myth” that the MMR vaccination is linked to autism, however experts have conducted countless test that proves there is no correlation.

Many of the state’s health experts caution parents of the highly contagious airborne virus-Measles, which became the leading killer of small children across the world after smallpox was eradicated in 1980. Measles was declared eliminated in the U.S. in 2000 after there were no continuous cases for more than a year.

Despite the previous belief of it being eliminated, there have been 349 confirmed measles cases across 26 states and the District of Columbia last year-recorded as the second-highest number since 2000. The CDC reports, there were 667 cases reported in 2014.

“I’m confident we can do something to make sure that we are keeping our communities safe,” announced Rep. Monica Stonier, who joined Harris in passing the bill.