60 Doctors and Other Medical Professionals Charged In Federal Opioid Scheme 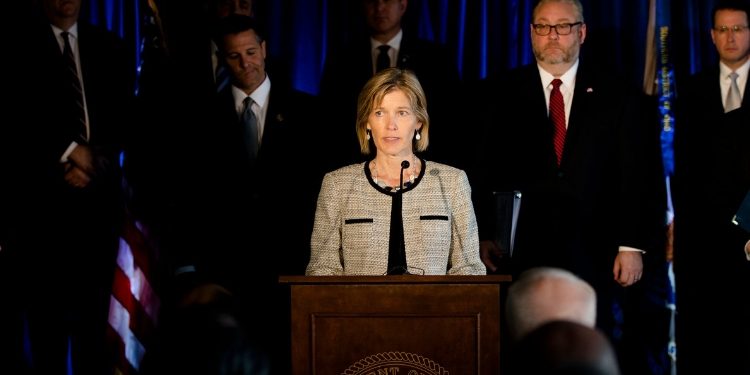 The charges come after the Justice department experienced high levels of fraud in the hard-hit regions of Appalachia.

According to the report, the cases involve more than 350,000 prescriptions for controlled substances and more than 32 million pills. Assistant Attorney General Brian Benczkowski stated that “the equivalent of a dose of opioids for “every man, woman, and child, across Ohio, Kentucky, Tennessee, Alabama, and West Virginia.”

A medical doctor practicing out of Tennessee known as the ‘Rock Doc’ purportedly traded opioids and benzodiazepines with patients in return for sex or other inappropriate favors. Other allegations included, a pharmacy in Dayton, Ohio normally referred to as a ‘pill mill’ for writing over 1.75million prescriptions for opioid pills between October 2015 and October 2017

Those involved in the charged include 31 doctors, seven pharmacists, eight nurse practitioners, and seven other licensed medical professionals, according to the Justice Department.

The investigation began with the start of the Appalachian Regional Prescription Opioid Strike Force to help suffering areas from high numbers of opioid overdoses and deaths.

The department dispatched 4 health care fraud prosecutors to multiple federal districts to help form a case. The program was launched in January, and since then have been examing different data-old and new.

Which led to the prosecutors to use traditional law enforcement techniques, including search warrants, confidential informants and surveillance, according to officials.

To win the case, the Justice Department would need to prove that prescriptions were written and filled outside the course of standard medical practices and that they had no medical purpose for the patients.

The case highlights some examples, like “inordinately large quantities, 100 prescriptions per day,” or other suspicious facts — such as prescriptions with no evidence of a physical examination between doctor and patient.

One individual case led to the discovery of a doctor who was operating a pharmacy outside his waiting room.

“This is extreme outlier behavior,” Benczkowski noted. “We’re targeting the worst of the worst doctors in these districts.”

“In my view, if we can save one life, this will have been worth it,” Benczkowski announced. “We’re not going just to come out and try to arrest our way out of the problem.”

Carl’s Jr. Announces their CBD burger will be Sold on 4/20 in Honor Of the Weed Holiday

Carl’s Jr. Announces their CBD burger will be Sold on 4/20 in Honor Of the Weed Holiday