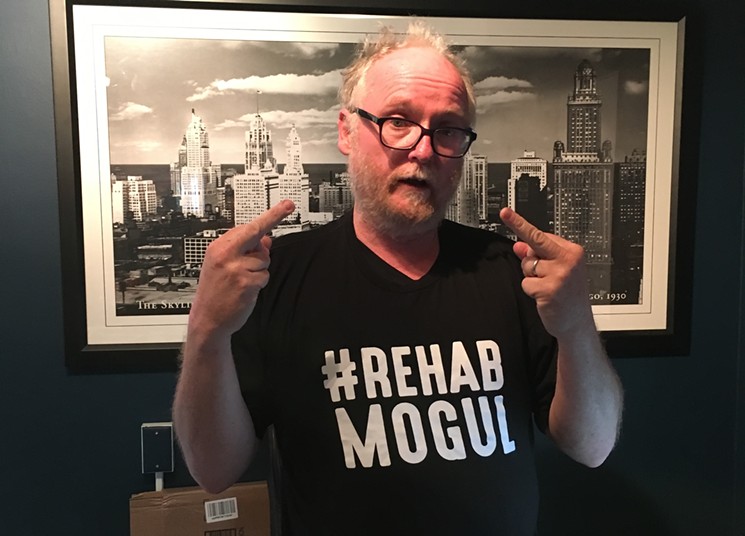 A Southern California rehab owner has now been convicted of 31 criminal counts including sexual assault for his crimes against former patients at various rehabs he founded and operated. Christopher Bathum was convicted Monday in a Los Angeles County Courtroom by a jury of his peers who found him guilty of various charges including rape, sexual penetration by foreign object, forcible oral copulation and sexual exploitation, the DA’s office said in a news release.

Bathum self-described himself as a “Rehab Mogul” despite the fact that he held no license in drug counseling and no college degree. He founded the former Community Recovery Los Angeles, which became a chain of 20 facilities in Southern California and Colorado. Prior to founding the centers, Bathum ran a pool cleaning business and was certified to practice hypnotherapy. The centers were established for dependent patients who battled drug addiction and alcoholism. Some of the centers were luxurious sober living homes, where patients had access to chefs, yoga, a pool, and excursions outside of the center and therapy options.

The “Rehab Mogul” portrayed himself as a mentor and confidant to his patients who were mostly young women looking to find themselves and recover from dependencies. Bathum used his position of power and persuasion to shower vunerable women with access to “internships” that lead to access to company cars and iPhones. He was accused of using their weaknesses against them, exploiting their addictions he was supposed to be helping. He offered them drugs to get them high and then sexually assault them.

Bathum was arrested in May 2016 after a month long investigation. The alleged sexual assaults took place over four years, from 2012 to 2016. On top of sexual assault, the rehab operator was also accused of fraud and conspiracy. Both Kristen Wallace, Banthum’s chief financial advisor and Banthum were also charged with 31 counts of money laundering, eight counts of grand theft, five counts of insurance fraud and six counts of identity theft.

Bathum faces additional charges in a separate case accusing him of running a $175 million fraudulent health-care billing scheme to lure addicts to his treatment centers, according to prosecutors.

“Bathum and Wallace’s alleged conspiracy victimized hundreds of people addicted to drugs and alcohol by keeping them in a never-ending cycle of treatment, addiction, and fraud-all the while lining their pockets with millions of dollars from allegedly fraudulent insurance claims,” Insurance Commissioner Dave Jones said in a news release.

The state insurance commissioner Dave Jones portrayed the scheme as “one of the largest health insurance fraud cases in California.”

“They were easy targets,” Los Angeles County Deputy District Attorney Reinhold Mueller said in his closing arguments, according to the Orange County Register. “They were perfect victims.”

This isn’t the first time Mr. Bathum has been a defendant. In 2002 He pleaded guilty to four federal felony counts of mail and wire fraud for failing to deliver computer and exercise equipment he sold on eBay. He received six months of house arrest and was ordered to pay $29,733.

The defendant’s lawyers argued the allegations were part of an attack on his character. Apparently unaware of the position of power Bathum was in, Carlo Spiga, Bathum’s attorney, told the jury that at least one of the women accusing him of the allegations “knew what she was doing at all times” with the defendant.

The “professional” lawyer asked the jurors “How many of them were hitting him up for money?”

He now faces up to 65 years in prison when he’s seen next month for his sentencing. He will be required to register as a sex offender for the rest of his life and still has yet to receive the verdict in the separate case for money laundering and insurance fraud for up to $175 million in false claims.