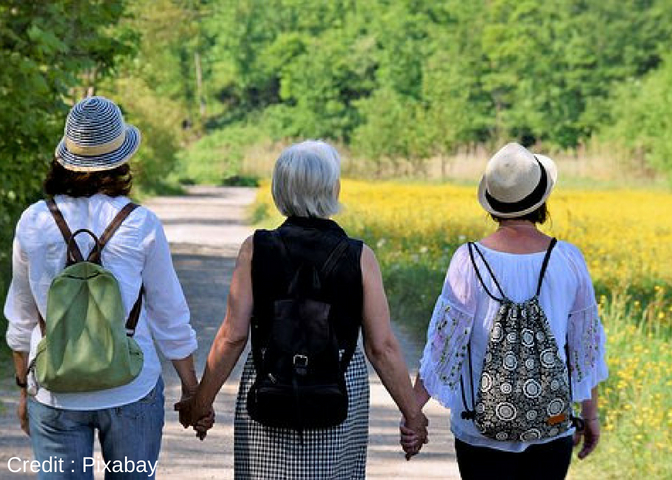 Women overdose numbers have tripled; women inmates are the fasted growing in the correctional population in the entire country. While both women and men are impacted by the growing crisis, there are clear differences in why women use, the patterns of behavior during use and how they eventually obtain treatment and recovery.

Research from the National Institutes of Health showed women’s addiction threshold is much lower than men, and become addicted faster than men do. Relapses also tend to occur on different circumstances than men. Women are more likely to relapse in the presence of a romantic partner than men are, and are less likely to relapse when they are alone.

The most significant difference between men and women, experts say, is the role of trauma. As many as 80 percent of women seeking treatment have a history of sexual or physical abuse, or both, according to the National Institute on Drug Abuse. Men experience trauma as well, but it’s a critical factor for women when it comes to risk of addiction and effectiveness of treatment, according to research by Stephanie Covington, co-director of the Institute for Relational Development and the Center for Gender and Justice in California.

“Women bring in different histories, particularly trauma, and require specialized programs,” said Diane Rosati, executive director of The Bucks County Drug and Alcohol Commission in Pennsylvania. Females are known for their compassionate nature and caregiving qualities, which is a role many play before addiction steps in.

Young women who abuse drugs or alcohol before the brain is fully formed, which is usually before a person’s mid 20’s, may increase the risk for addiction later in life because of the changes that occurred to the growing brain. Traumas can cause women to use drugs or alcohol to block old memories or escape from lifelong pain.

An unfortunate reality is the amount of sexual assaults inflicted on women in dependence. Women are more likely to be abused by a partner if they have a prior history of substance abuse, more so than women who only drink alcohol. Investigations within women in treatment also were subject to sexual assaults, though not more than women who were within active addiction.

For example, women in New Jersey who have died from opioid overdoses has more than tripled in the last decade from 98 in 2007 to 375 in 2016, according to data from the Kaiser Family Foundation. Women also are the fastest-growing correctional population in the country, with the number of female inmates rising from 12,746 in 1978 to 111,422 in 2016, according to the Bureau of Justice Statistics. Burlington County females, currently 50, are housed in the Atlantic County Jail, after the county closed its women’s jail in 2013.

Gender specific treatment programs are able to deal with the needs of women better than unsegregated rehabs are. Generalized treatment always leans towards the needs of men, but specific treatment for women will have different options to handle the everyday problems facing women, emotional and physical alike. Addiction specialist Dr. Michael Frost, who has a practice in Conshohocken, Pennsylvania, and serves as medical director for a women’s treatment program in Tampa, Florida, said some studies have shown women experience cravings more intensely than men when it comes to certain substances. And for some women, excess emotions brought on by PMS, PMDD or menopause, may be triggers for substance use.

“Somebody that gets very anxious, that gets very … moody and has recognized that if I use this drug it helps level me out, the next time they get those feelings the brain is going to want to go back to those drugs,” he explained. “You have to address how to manage those periods that are going to come every month — those recurring triggers.”

Luckily, services are growing for women, including a specialized program that addresses trauma and mobile engagement support program that supports families struggling in addiction. But the services to respond to trauma and childcare are still in demand.

While women generally accept help more often than men, there are still gaps in the support and beds can be in short supply. There is, at times, a lack of bed availability (because more men are in treatment), and lack of female-only facilities, And of the female-only facilities, there is sometimes a wait to enter treatment. Wait lists can lead to cold feet and women walking away just before getting the help they so desperately need.