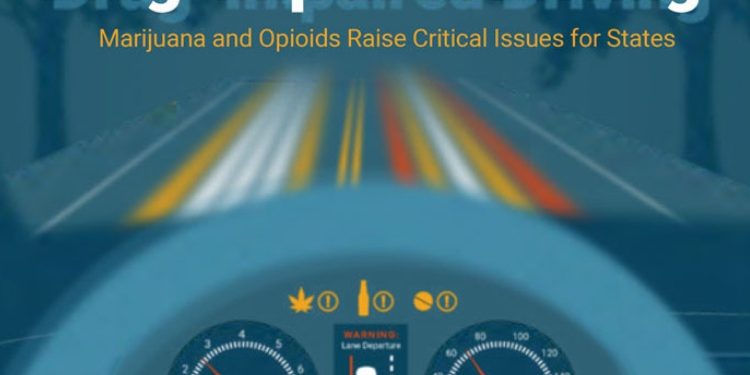 A new study conducted at Columbia University found that using opioids doubles the risk a driver has while operating a motor vehicle will trigger a fatal crash, regardless if they had alcohol in their system.

According to the study, which studied data of drivers involved in fatal two-vehicle crashes over 24 years, and discovered more than half of the accidents occurred because the narcotics user had crossed the centerline or in some way failed to keep the vehicle in the center of its lane.

The studies lead researcher, Guohua Li, a physician, claims the study imitates the butterfly effect of the national opioid crisis.

“The impact of the opioid epidemic goes far beyond the body count from overdoses,” Li announced in an interview Thursday. He urges and cautions doctors that the findings should stand as a wake-up call to inform people of the risk they take when getting behind the wheel when using prescription drugs, including OxyContin, morphine or codeine and Vicodin.

Previous studies suggested that before the opioid crisis took full effect, only 1 percent of all fatally injured drivers were found to have prescription medications in their systems. However, that number increases to more than 7 percent in the past twenty years. Yet, the number of Americans using opioids has declined in recent years,  the use of medicines regardless still remains high.

The research, led by Li and colleagues at the Columbia University Mailman School of Public Health, examined more than 18,000 fatal two-car crashes that happened between Jan. 1, 1993, and Dec. 31, 2016.

Experts used information from the National Highway Traffic Safety Administration (NHTSA); initially, they eliminated crashes involving tractor trailers, along with other commercial vehicles and accidents in which toxicology reports were missing or incomplete. So, they only study those that included a passenger car crash, which only one driver was at fault.

After, they compared the two drivers, using multiple variables, including age, sex, driving records and prescription opioid use, among others. The researchers suggest that the drivers who were at fault in a two-car fatal crash were more likely to test positive for prescription medication ( opioids (5 percent), than the driver who was not at fault, showed only 3 percent.

According to the study the drivers who tested positive for opioids, suggest 32 percent were using hydrocodone, the active ingredient of Vicodin and other brand prescription drugs; nearly 27 percent had morphine in their systems; 18 percent of them were using oxycodone.

When accounting for all the factors expect the use of opioids, the authors found that the odds of triggering a fatal crash for drivers who tested positive for opiates doubled for the person who tested negative.

In addition to the findings, they also discovered that the most common driving error recorded in fatal crash was a failure to stay in one’s own lane around 41 percent of the time. Along with an inability to yield the right of ways, such as running a stop sign or traffic light and speeding. With all the drivers who tested positive for opioids, failure to drive straight and remain in one’s lane was cited 55 percent of the time.

“That was a surprise even to us,” Li claimed. “We didn’t expect those kinds of striking difference in the two groups.”