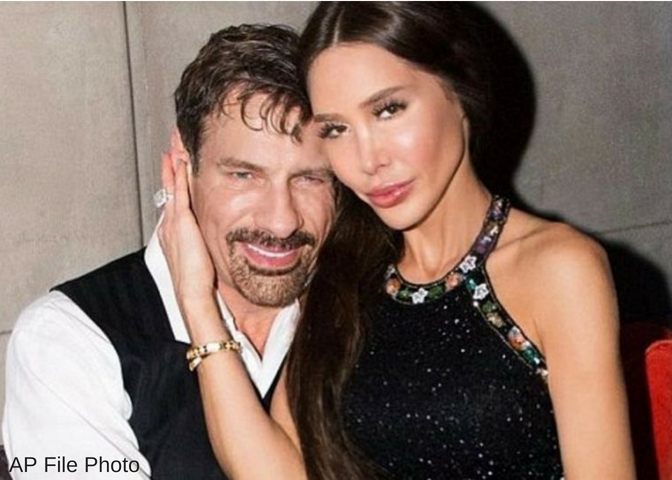 The Tech billionaire and co-founder of Broadcom Corporation and a female accomplice were arrested last week in a Las Vegas hotel room on suspicion of drug trafficking after a tip to the police by the hotel’s security team.

Nicolas retrieved security when he could not get into his hotel room, and assisted him on entering. Once inside, Fargo – the ex-wife of Brian Fargo, heir to the Wells Fargo Banking fortune, was found unresponsive with a half deflated balloon in her mouth. Paramedics were called and the woman was able to be revived.

After further investigation, cans of Nitrous Oxide were found in the room, along with a suitcase containing the various drugs.

Both have been released since then and are awaiting trial in September.

Nicholas has hired famed attorney David Chesnoff, who has represented the likes of Bruno Mars, Paris Hilton and Vince Neil, who said Nicolas was released on his own recognizance.

It is not known if Ms. Fargo has a lawyer.

Alex Kazarian, an attorney and legal analyst, told CBS Los Angeles that it seems Nicholas may not have intended to traffic drugs — but that may not make a difference.

This isn’t Nicholas’ first time encountering law enforcement. In 2008, the tech mogul was accused of using and distributing drugs on private flights between Orange County and Las Vegas, as published in the Los Angeles Times. The charges were dropped in 2010.

Broadcom was co founded by Henry Samueli and Nicholas in 1991, and 12 years later he steeped down in 2003. Broadcom, a producer of semiconductors based out of California was bought out by Avago Technologies in 2015 for $37 billion.

The Tech Billionaire is known for his works as a crime victims advocate, who has previously supported measures such as Marsy’s Law, named after his sister Marsalee “Marsy” Nicholas who was a college student when she was stalked and killed by an ex-boyfriend in 1983.

Nicholas has reportedly used his wealth to back initiatives to bolster victim’s rights laws such as California’s three-strikes felony law and Marsy’s Law, named after his sister who was killed by an ex-boyfriend more than 30 years ago. The latter will appear on Nevada’s midterm ballot in November.