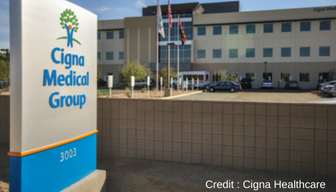 Cities are now implementing opioid overdose protocols in public areas, Opioid manufactures are no longer pushing their addictive painkillers on physicians and now a major insurance company wants to join in on the defense. Cigna announced yesterday the company will work with local systems in hard-hit overdose areas until they are able to expand further.

“The goal is to reduce prescription and illicit opioid overdoses in these areas, and Cigna will advance initiatives that impact both Cigna customers and the communities at large,” Cigna said in a statement issued Thursday. “To support this initiative, Cigna and the Cigna Foundation will expand and accelerate the impact of community-based organizations that are leading localized programs. Cigna intends to learn from initial efforts during the three year time period and expand to other communities over time.”

The Insurer is working with four states and a few metropolitan areas, Connecticut, Maryland, New Jersey and Virginia and the metropolitan areas of Chicago, New York, Philadelphia and Washington, D.C. These areas were chosen because of their higher than average rate of drug overdoses.

Using predictive analysis of their insured customers, Cigna will identify those who are at risk of an opioid overdose and connect them with resources, including contact from licensed clinicians. From there, they can educate the patient on overdose risk factors, recognize any potential mental illnesses or substance use disorders, preform an assessment and make referrals for further care.

Doug Nemecek, Cigna’s chief medical officer of behavioral health explained the companies need to step in and help. “The continued increase in people suffering from overdoses is alarming, and immediate action is needed to help disrupt this trend,”

Earlier this year the company made an announcement it had reduced the amount of opioids its customers used by 25 percent one year earlier than its original goal. They recognize that while this may help, people who are already addicted are still at risk.

50 bills have been passed in the last two weeks on Capitol Hill and through the House of Representatives, directly targeting the epidemic. Still more work is needed and private sector involvement may be a large part of defense needed to make a dent in the surging overdoses killing nearly 114 Americans everyday.

Employer-based insurance covers four in 10 non-elderly U.S. adults with an opioid addiction, and the nationwide cost of their care rose to $2.6 billion in 2016, up from $0.3 billion in 2002.