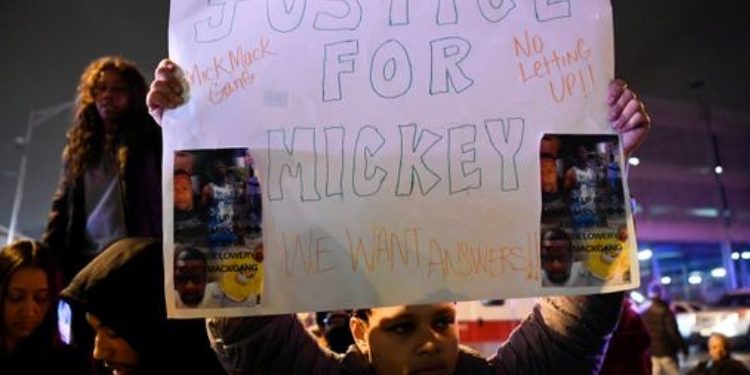 Saturday morning Jameek Lowery called 911 begging for help, admitting he had taken “too many E-pills,” or ecstasy. Authorities report he was paranoid and overheating. Head of the New Jersey Poison Control Center of Rutgers New Jersey Medical School said the drug is known to cause paranoia and hallucinations, it is a combination of cocaine effects, increasing the heart rate, and inducing LSD, hallucinations.

Many Americans consider the drug a “club drug” but under federal law is listed in the same category as heroin, cocaine, and LSD as a “Schedule 1” controlled substance. “Molly” became popular at dance raves in the 80s and had since skyrocketed to fame with all the new festivals around the nation. Reports suggest the most common users are between the ages of 18-25, with 12 percent of Americans admitting to having used it in their lifetime.

The drug is unregulated, which means the user is unaware of the number of active ingredients in a tablet or whether it is laced with other substances, like methamphetamine or “bath salts.” Diane Calello, medical and executive director of the state poison control center, explains “the more you take, the sicker you’ll be.” Authorities do not know the exact number of pills Lowery took.

Around 2:46 am Lowery made his first phone call to 911, “Um, I think I took too many E-pills, ecstasy pills.” When the operator asks him to describe what’s wrong, he answered, “Um, paranoid. Hours later a video posted to Facebook shows Lowery at the Paterson police station asking for water, screaming that he sees people who want to kill him. He appears to be overheating, with noticeable sweat dripping from his face.

After examining the evidence Calello believes the combined symptoms, “sounds like classic ecstasy toxicity, he probably took too many pills or got a pill that had an awful lot in it.”

After hours of pleading for help Lowery was unresponsive when he finally arrived at the hospital after being transported from the police station. According to the Passaic County Prosecutor Camelia M. Valdes, he died Monday morning.

Ecstasy taken in large amounts can cause symptoms including; Extreme overheating of the body, with temperatures reaching 107 to 108 degrees. Experts state the drug interferes with the body’s ability to regulate temperature.

Intense dehydration or excessive drinking is when the body’s high temperatures cause the user to drink, which may result in the person drinking too much. The loss of body salt and excess amounts of water can lead to a severe imbalance of electrolytes, leading to brain swelling, organ failure or seizures.

Feelings of heightened agitation, Calello claims, “Your system gets revved up — your heart beats very fast.” Some users become very violent and start to fight anyone trying to help them in a battle of confusion, inducing paranoid delusions/ psychosis- seeing things that aren’t there.

Usually the Emergency Department drug test will not detect ecstasy; however, a post-mortem analysis would. Calello noted that the state of New Jersey typically sees only one or two deaths a year from an ecstasy overdose, although other overdose-related deaths have can be linked to mixing the drug with other controlled substances.

One point of controversy is when Lowery reached the hospital. The Prosecutor’s office said transferring to the hospital took five to 12 minutes. However, Lowery’s brother, Jamir King, attested that it took two hours from the time Lowery recorded the video until he appeared at the hospital.

The cause of death is not yet known. The State of New Jersey Regional Medical Examiner’s Office will settle that.

If you’re looking from treatment close to home, search in your browser “ New Jersey drug rehab near me “ and use our directory to find a center. For more information, please call our 24-hour hotline, CALL US (888) 510-3898