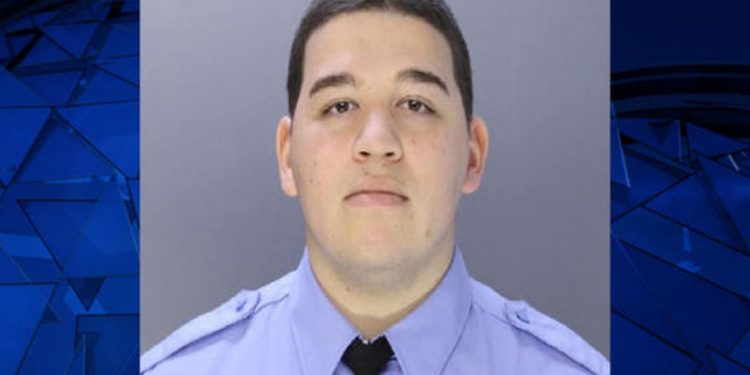 A tragic drag race between two off duty Philadelphia police officers ended with the death of a 51, year old man in front of Northeast High school, two years ago. Friday Adams Soto was ordered to serve 3 to 12 months in the city jail and four years’ probation. Tears fell from Soto and his two brothers who are also city officers while trying to beg for forgiveness from the family of the victim.

Soto, 25 said crying “What I did was stupid,” as he faced the mother of Danny Dimitris, Virginia and other close relatives at the Stout Center for Criminal Justice. “My job was to stop people like me from doing this. I’m sorry.”

According to the reports, Soto was fired by Police Commissioner Richard Ross three months after the fatal crash on Jan. 31, 2017. He was found guilty In October for a felony charge of homicide by vehicle and a misdemeanor charge of involuntary manslaughter; he was cleared of any DUI charges.

Scott O’Keefe Common Pleas Court Judge determined Richard would be able to leave jail and work to provide for his wife and 2-month old child, and he also ordered the former police officer to begin serving his sentence on Feb. 8.

O’Keefe told the defendant, “Mr. Soto, what you did was stupid, reckless, senseless, and asinine. There was no reason for it,” The victim Dimitri, 50, was a chef at Chuck’s Alibi, a famous seafood restaurant on Oxford Avenue in Burholme. While crossing Cottman Avenue near Algon Avenue at 11:30 am on his way to take a bus to get his paycheck, the victim got hit, instantly dying on impact. According to his family, Assistant District Attorney Cydney Pope had initially asked the judge to sentence the ex-cop to three to seven years.

The police report states Soto who was a two-year officer worked In The 24th district, was racing a fellow off-duty officer Tony forest, a three-year veteran from the 14th district. Soto was believed to accelerate his Subaru until it struck Dimitri, while forest slowed his Mercedes-Benz and stopped at the fed light that Soto sped through. Despite being off duty, the former police officer knew not to drive that fast and paid little attention to the people he swore to protect.

According to Pope, the area where Dimitri got hit has a speed limit of 30mph. However, Soto was traveling at speeds of 88mph when he hit the man. “The impact blew his clothes off,” Pope told O’Keefe. “The fact that Danny Dimitri is the only human being that was hit and it wasn’t schoolkids going to lunch is a miracle.”

Reports from Accident Investigation Division officers estimated that Dimitri was thrown 144 feet after being struck by Soto’s car, which resulted in fatal injuries such as his chest caved in and cerebral spinal fluid leaking from his nose. Despite the gruesome details of the case the defendant’s attorney, Fortunato Perri Jr. had argued for an even lighter sentence.

House arrest was the first plea, claiming Soto was sorry and needed to continue working to support his family. Although O’Keefe pointed out that state sentencing guidelines indicate the months-long jail sentence to be the recommended sentence, the judge should not deviate from the state guidelines.

The mother of the victim argued justice was not served. Victoria spoke to the reporters after the hearing she said with a heavy heart, “I thought he would get longer, I certainly did. When I heard some of what was done to my son, I thought I would drop dead right there,” she said, wiping tears from her eyes. “Can you imagine what that did to me to hear that? My son. He killed my baby. I’ll never see his smile again, never. Nobody knows, every day I agonize over this. Every day.”

If you’re looking from treatment close to home, search in your browser “ Philadelphia drug rehab near me “ and use our directory to find a center. For more information, please call our 24-hour hotline, CALL US (888) 510-3898