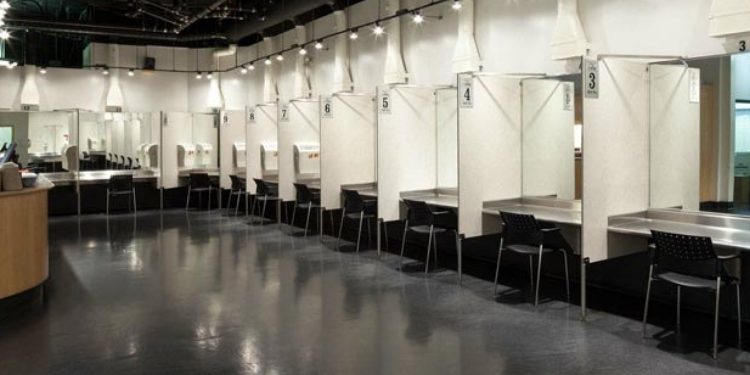 The Recover continues to cover the opioid epidemic as it rages across America. New Jersey has considered a year-long pilot program that would allow “safe injection sites.” State lawmakers have approved the development for four supervised injection sites across New Jersey. The new facilities would be a haven for people using drugs with supervision to reduce the risk of death and disease.

Assemblywoman Valerie Vainieri Huttle first introduced the idea behind the pilot program in October. Their legislation had planned to create an overdose-prevention center, as the new sites prepare their team with well-trained staff who would provide clean needles, and educate people coming on infection control while having a connection to medical care or drug programs.

All of the sites would be stocked with naloxone; the well-known overdose-reversal agent often sold under the name Narcan; each staff member would be trained on how to use it. Each center would be designed to reduce the number of deaths and disease connected to drug use, and would not provide illegal substances, however, would be allowed to test the drugs brought in for potential harm.

Each of the programs offered in the States sites would be created by the state Department of Health, along with local officials. Most of the  programs would be open to all counties in the state and offered through insurance. According to the agreement, local governments would be able to control the operations of the program as fixed or mobile sites, or subcontract with individual healthcare providers, each member of the staff will have criminal immunity under the bill.

The Recover highlights how new sites like the ones being piloted in New Jersey have proven successful for over three decades in similar programs around the world. Worldwide there are 120 overdose prevention centers, including 30 in Canada.

A few states and cities within America, including New York and Philadelphia, have also discussed similar supervised sites; however, San Francisco is the only city to have any success in a safe injection site.

Many opponents believe this is just another avenue for drug abuse, claiming normalizing the use of intravenous drugs will increase the number of users. However, many polls were taken worldwide show the centers decrease the use due to information and the testing of mixed substances.

Seventy-eight facilities in seven countries had a positive effect on the overall public health, decreasing dangerous behavior like needle sharing, increased numbers in people who enter treatment due to the access to medical care. In addition to the study, the researchers involved did not discover any sign of increased drug use in the areas where the sites were located, according to a European trial.

The Recover describes how no one has ever overdosed or died at a supervised injection site, and now with fentanyl on the rise, these sites are more critical than ever.

If someone is battling with a substance abuse issue or alcohol, The Recover’s, national helpline is available at (888) 510-3898