by Alex Johnson
in Featured
0 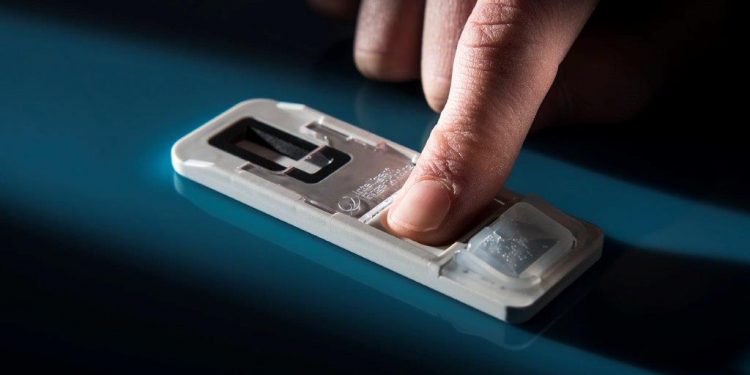 The test uses a device that detects specific drugs, including their metabolites from the sweat accumulated in the fingerprint.

This recent technology is gradually becoming the most accurate and useful technology to detect various substances present in the body sweat.

The test only requires small amounts of sweat from the fingertip to measure the content of drug content in the body. The procedure involves pressing a finger against a tamper-proof cartridge and then wait for results to show on display.

It takes at least five seconds to collect the sample. The screen can later analyze and display the type of drugs used within ten minutes after the test. Researchers have cross-analyzed results from these tests with saliva and found them to have similar accurate results.

This technology is becoming a beneficial and efficient method of detecting drugs quickly and conveniently. Its potential use ranges to public health personnel, such as family services workers and law administration.

What is the Importance of Fingerprint Drug Test?

Historically, drug test methods require blood or urine samples to establish the concentration and presence of drugs. Many other cultural factors lead to the need for updated means of verifying whether a person has used drugs.

With marijuana legalization in many states, law enforcement officials can collect quick information at traffic stops and other settings efficiently using the test.

Although contradictory opinions exist on whether or not employees should perform drug tests, many places of work require compulsory drug testing.

Usually, employers have been using saliva tests since it has been the most reliable and efficient method. Fingerprint drug testing could end up replacing and even surpassing saliva testing in these environments.

Some of the best advantages of this new drug testing method are:

Also, you can perform the fingerprint testing immediately without visiting washrooms or outsourcing a lab for results. In contrast, blood and urine samples produce biohazard waste problems, since their disposal has to follow specific guidelines.

Additionally, you can quickly dispose of the portable fingerprint cartridge with regular waste after use. The fingerprint device costs a few thousand dollars, with each cartridge reasonably priced. Besides, the only currently available fingerprint drug screen system in the market is made for forensic use only.

How the Device Works

After food consumption, the body digests food substances and then secretes metabolites into the sweat, blood, urine, and saliva. Since these secretions are good enough to detect the drugs or chemicals ingested, identifying them using the fingerprint analysis method is quite easy. The sweat that is present on the fingertip has enough substance to precisely detect the type of drugs recently ingested.

A fingerprint drug test can distinguish the antibodies associated with different types of drugs from its programmed design. If the device scans a fingerprint and identifies these antibodies, it alerts the reader with the relevant results. The currently available devices use touchscreen technology to display screen results within a few minutes after the test.

2020 Marketing Plans That Work for Every Industry

When a Couple is Struggling with Drug Addiction

When a Couple is Struggling with Drug Addiction