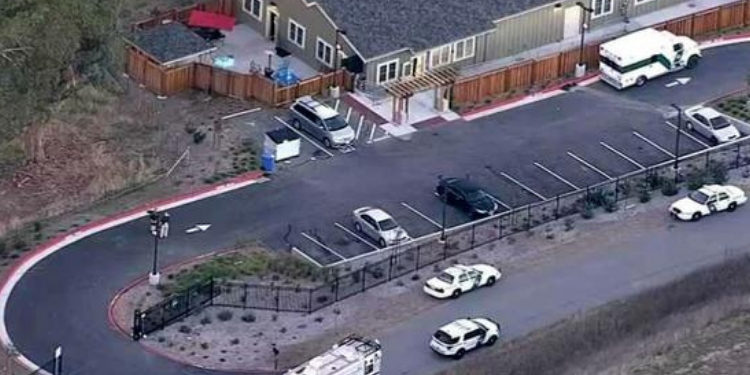 Northern California authorities released a report earlier this week Monday involving a 37-year-old man who opened fire inside a California rehab center that is used for the treatment of addiction and psychiatric problem, killing and wounding two others before fleeing the scene.

According to authorities, they said they are aware of the suspect’s identity but would not release the person’s name due to the ongoing investigation. The suspect is still at large and armed. The motives behind the crime have not been disclosed to the public. The reports state the shooter fled the scene after the shootings took place and officers are searching the surrounding areas with the assistance of four other law enforcement agencies

Davance Lamar Reed is in neighboring Sonoma County Jail after a pursuit unrelated to the shooting. However, he made statements to police that tied him to the crime scene at the Helen Vine Detox Center in San Rafael, released by Marin County Sheriff’s Office

Sgt. Michael Brovelli said, the officers who first responded to the call that the staff at the Helen Vine Detox Center in San Rafael had been shot found three victims-Two men and one woman.

One of the victims who was injured in the shooting is Anthony Domigues Mansapit, a 32-year-old employee of the center. Another victim is identified as female Brittney Kehaulani McCann, 30, who according to authorities had a relationship with the suspect. The police have not yet released the victim who lost his life.

The reports state the shooter fled the scene after the shootings took place and officers are searching the surrounding areas with the assistance of four other law enforcement agencies.

Helen Vine Detox Center is known as a licensed residential detoxification program that treats people with addiction issues such as alcohol as well as Dual-diagnosis patients. The facility holds 26 beds and in 2011 became part of Buckelew Programs, a nonprofit organization that provides counseling and other services to those with mental illness and addiction in Marin, Napa and Sonoma counties, according to its website.

Messages were left via phone and email with the nonprofit but were not immediately returned but located on its website it says it’s working with law enforcement regarding the ongoing investigation.

A message from the treatment centers twitter account says, “ Our hearts are with the staff, clients, and families affected at Helen Vine Recovery Center.”