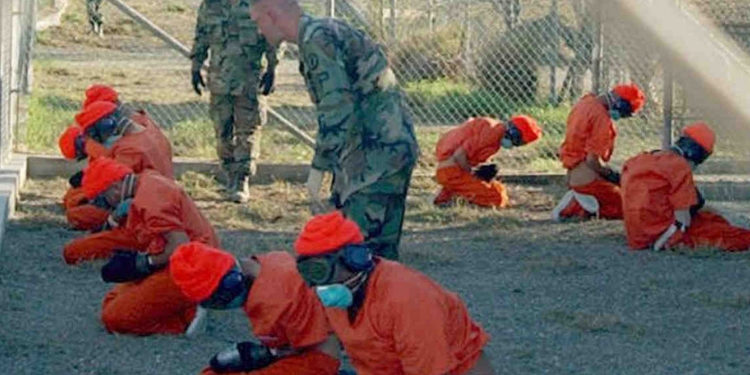 According to an ACLU victory in federal court, they now know much more about how CIA medical doctors have been violating the medical oath to “do no harm.” The importance behind the lessons taught in CIA’s torture program is the way it corrupted every person and institution involved in it. Throughout the years of observing and studying ACLU has learned how lawyers twist the law and psychologists betrayed their ethical obligations in order to enable and allow the brutal and inhumane torture of prisoners.

Because of ACLU’s victory in court, they won the release of a 90-page account of the CIA’s Office of Medical Services role in the CIA torture program, which is a secret history written by the top CIA medical official, whose name will be kept classified. The dark history exposes how the CIA doctors were hunting for a “truth serum” to use on prisoners as part of a previously secret effort called the Project Medication. CIA studied old records of Soviet drug experiments, along with the CIA’s notorious and discredited MK-Ultra program. The MK-Ultra program involved human experimentation with LSD and other drugs with unwilling subjects.

Project Medication doctors wanted to use Versed, a psychoactive drug that is similar to some of those used in MK-Ultra. Although history has proven these programs to be inhumane the CIA continues to ignore what happened. When MK-Ultra was shut down CIA director gave a statement in 1977, “It is totally abhorrent to me to think of using humans as guinea pigs.” However just decades later the agency agreed to experiment on humans again, testing pseudoscientific theories of “learned helplessness” on its prisoners.

Although Project Medication never got off the ground, CIA medical experts remained critical participants in experimenting with humans with torture. The history reveals just like the government’s lawyers who tried to give unlawful torture a façade of legality, CIA doctors were “indispensable” to the effort of “legitimizing the program.”

The most shocking part of the document is the CIA doctors’ willful neglect of the truth of what they were doing. The CIA’s medical doctors had decided that waterboarding will “provided periodic relief” to inmates because it was a way to take a break from the days of standing sleep deprivation.  The doctors made the decision when a different prisoner would be stuffed into a coffin-sized box, according to doctors this provided “relatively benign sanctuary” from other torture methods. The documents describe how one prisoner begged, cried, pleaded, vomited and required medical resuscitation after being waterboard for hours- as “amazingly resistant to the waterboard.”

Perhaps the most striking element of the document is the CIA doctors’ willful blindness to the truth of what they were doing. CIA doctors decided that waterboarding actually “provided periodic relief” to a prisoner because it was a break from days of standing sleep deprivation. Similarly, CIA doctors decided that when a different prisoner was stuffed into a coffin-sized box, this provided a “relatively benign sanctuary” from other torture methods. CIA doctors described yet another prisoner — who cried, begged, pleaded, vomited, and required medical. With that being said the CIA doctors concluded that the torture being done to prisoners was “reassuringly free of enduring physical or psychological effects.”

The CIA’s hidden truth of torture left a legacy of broken and traumatized minds, with some agreeing with the CIA’s approach to testing. President Donald Trump has vocally supported torture and with the new CIA director who also expressed his fascination with torturing prisoners, it is important now more than ever to expose the crimes of the past. Highlighting the roles played by the lawyers, doctors, and psychologist who allowed torture in unlawful situations.