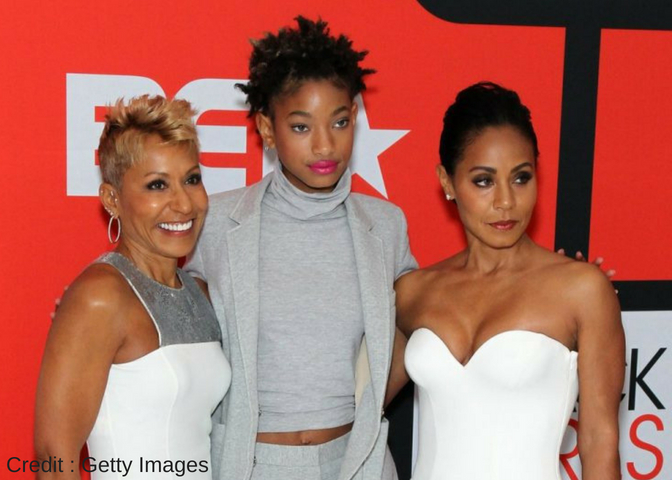 In a very honest Red Table Talk, Jada Pinkett Smith, her mother Adrienne Banfield-Jones and Willow Smith opened up about a problem facing every day families in massive proportions. Jones, The eldest of the three women and grandmother to Smith’s children was able to speak candidly about her prior struggle while raising her young family.

“It’s difficult to talk about something that is gonna go out to the world,” Banfield-Jones says through tears at the beginning of the emotional episode. “I couldn’t hide the unmanageability of my life, and the emotional damage and the spiritual damage I did to myself and to her. That was devastating. I abused drugs for over 20 years.”

Will Smith’s wife Jada was emotional as she spoke about her mother’s substance abuse history, “I think I didn’t find out my mother was addicted to heroin until I was in my teens,” she admits. “I could tell when my mother was high. She couldn’t make it on time to pick me up from school. Or she’s nodding off, falling asleep in the middle of something. You just realize, oh, that’s not being tired, that is like, a drug problem.”

But her close experience with her mother’s demons gave her an insight on addicts and made her able to see that it can affect nearly anyone, “Alcoholism and drug addiction runs through my family, and I’ve had my own addictions that I’ve had to get over. It just made me realize that really great people just get caught up.”

When Jada’s mother did finally decide to seek treatment, she was embarrassed to admit the reasoning behind it, a chance at a relationship with a man she was interested in.

“At that time, I didn’t think I was anything without a man. So I had this man come back in my life. It’s sad to say that I did it for a man,” she admits.

After a while, her sobriety became a mission for herself and she put her path into the arms of religion.

“I had to come to the understanding that there was a power,” she says. “That God had been looking out for us, you and me both, through all of that. And I just had to let go and surrender so I could receive what he was trying to give to me, through other people. “