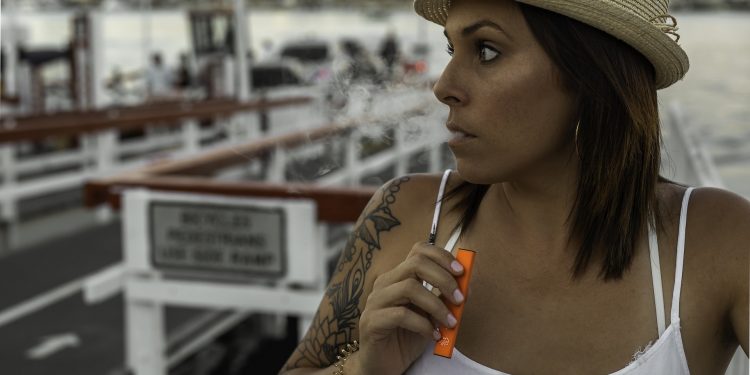 As the death toll continues to rise for vape users, so does the intensity in the courtroom. Los Angeles, among many other cities, is considering banning all e-cigarettes and vaping devices in the city. A decision so extreme that it could but thousands of Los Angeles based vaping companies out of business. The city officials are hoping this ban would help curb the sickness caused by these unapproved vapes.

Reports of more than 1,000 people have been diagnosed with severe lung damage, and politicians around the county have been pushing to restrict e-cigarettes and any related product.

The cities proposal was introduced at Tuesday’s City Council meeting and announced that if passed, it would prohibit the sale of e-cigarette and vaping devices until they are considered safe by the Food and Drug Administration. Since the hype of vapes started, the FDA has taken no action to approve any devices, so the new law would, unfortunately, ban all of them in the market.

His proposal was based on a council committee focused on health, which would vet the idea before they sent the bill too full council vote. Before the approval city, lawyers would draft an ordinance for council approval.

The CDC has begun to flood the public with warnings and reports, cautioning users to slow down and make sure their source, even though not FDA approved, is credible or tested. A total of 18 have died nationwide due to lung issues, and many more are suffering. Although the claims appear to be linked to all vaping devices, many agree that the majority of sick people are reporting THC carts as the primary cause. Yet, almost all of the new bans are aimed at nicotine delivered via e-cigarettes, which some medical experts believe can aid smokers who want to quit using conventional cigarettes.

“No one in Los Angeles wants to look uncool by bringing up genuine dangers posed by illicit THC products,” explained Gregory Conley, head of the advocacy group American Vaping Assn. “But unless they want these illnesses and deaths to continue to happen, someone has to do it.”

Since the ban has been targeted at e-cigs, many experts predict that smokers who have used the devices as alternatives will be forced to go back to the conventional cigarette. Many experts also believe this will fire the black market, causing even more dangerous products.

“What bans like this are likely to do is increase the use of illicit products and decrease regulation, which ironically will expand the use of the products that are causing folks to get sick,” announced Leo Beletsky, a public health professor at Northeastern University.

The magnitude of the complaints has some officials pushing for banning only flavored tobacco products, which have been linked back to young people and high schoolers. According to the 2019 national survey by the University of Michigan found that 1 in 4 of the nation’s 12th-graders has smoked an e-cig in the last month. A growing trend that experts fear will reverse decades of lowering tobacco use among children.

Los Angeles County has since passed a ban last week that will ban flavored e-cigarettes as well as menthol cigarettes starting November. The outlaw will apply to 1 million people who live within the county lines. Not only are large cities proposing bans, but the Trump administration has also proposed a ban on flavored e-cigarettes, and several states, like Ohio and Washington.