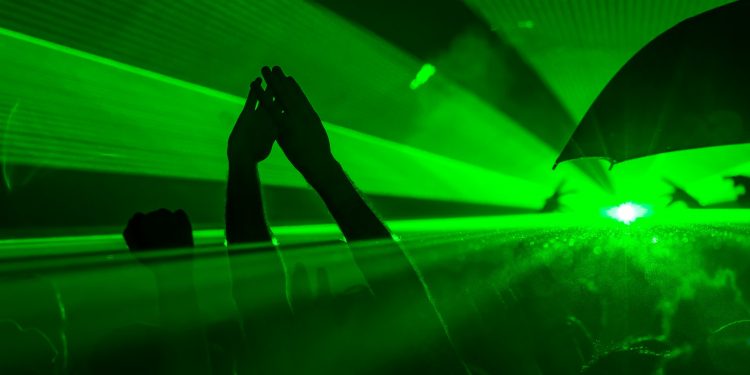 The drug used at raves and festivals is now being labeled as a possible additive to successful depression treatment. MDMA, commonly referred to as ecstasy, can safely enhance the treatment of PTSD when used in a clinical setting along with side psychotherapy, according to a new clinical trial in Psychopharmacology that analyzed the outcomes.

“In 2004, I began researching MDMA in rodent models, and was surprised to hear that the first clinical trial of MDMA-assisted psychotherapy for PTSD had just started that year,” noted study member Alli Feduccia, a clinical data scientist at the Multidisciplinary Association for Psychedelic Studies (MAPS).

He also explained how he, “ also learned about the unique effects of MDMA and why it was used in couple’s therapy before being placed on the Schedule 1 list. Using a drug only a few times to enhance therapeutic processing to resolve underlying issues that cause PTSD symptoms seemed like an approach worth investigating.”

Experts analyzed data from six Phase 2 clinical trials that were carried out from 2004 to 2017 to examine the results of MDMA-assisted psychotherapy for PTSD. All the tests included 103 participants, both civilians, and veterans/ first responders.

To begin the trials the participants first played a part in two or three 90-minute psychotherapy sessions to build a therapeutic alliance with the assigned therapist and prepare themselves for the MDMA experience.\

Then the participants are randomly chosen to receive MDMA or a placebo during two or three 8 hour psychotherapy sessions.

These listed therapy programs were based on methods created by MAPS.

“The method includes periods of introspection alternating with periods of communication between therapists and the participant. The method is aimed at allowing participants to revisit traumatic experiences while staying emotionally engaged even during intense feelings of anxiety, pain, or grief without feeling overwhelmed,” experts noted.

To conclude the sessions, patients were told to stay overnight and given 90-minute psychotherapy sessions aimed at combining psychedelic experiences.

All team members agreed that the treatment appeared to be both safe and effective. They noted that after two experimental sessions, around 50% of the people who received the effective doses of MDMA no longer met PTSH diagnostic criteria, in comparison to 23% of the participants who took the placebo.

“MDMA is a powerful substance showing great promise as a treatment for PTSD when combined with psychotherapy. The controlled clinical context and purity of the drug are critical components for the positive outcomes of the studies,” Feduccia told PsyPost in a one-on-one interview.

He also added that depending on the severity of current PTSD symptoms they saw an increase for each patient after 2-3 sessions of MDMA- assisted MDMA-assisted psychotherapy, also reporting that the effects lasted up to 12 months before the treatments.

Despite the success of the MDMA treatments, people who took the drug reported more side effects, including severe or mild anxiety, confusion, jaw, locking, eating less, and nausea.

“Results from Phase 2 trials are exceptional for a PTSD treatment, but the findings will need to be replicated in a larger number of people in the Phase 3 trials. Phase 2 trials enrolled mostly White participants, lacking diversity in race and ethnicity. Studies need to enroll more people of color to know if this treatment will work in the same way for them,” Feduccia added.

According to MAPS, they are in the process of working on Phase 3 clinical trials. These trials are carefully constructed in three stages in order to develop MDMA-assisted psychotherapy as an FDA-approved treatment type for PTSD.

“It has taken many decades to reach this point for MDMA drug development. We see a shift in public opinion as scientific evidence builds support for the use of MDMA and psychedelics for treating mental health conditions. These are exciting times we live in, and could very well likely be on the cusp of a new paradigm for psychiatric medicine,” Feduccia noted to a PSY reporter.