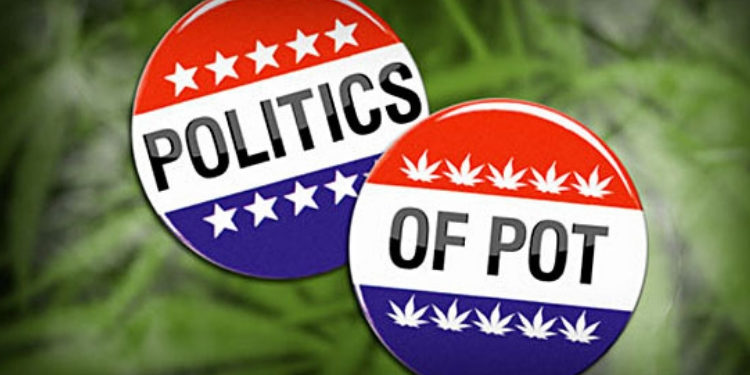 Tuesday, November 6th mid-term election was held, and many bills and measures were passed including marijuana proponents in Michigan and Missouri, while Democrats took control of the house.

From recreational cannabis in Michigan to medical marijuana in Missouri, the victories across multiple states have convinced some leaders in the prohibition reform movement to declare the push for legalization in the house. Michael Collins, interim director of national affairs for the Drug Policy Alliance made a statement saying, “We are going for the jugular on this issue.”

Despite the opposition from the Church of Latter-day Saints voters in Utah endorsed a new measure that would allow and provide access to medical marijuana. Michigan will now regulate and tax the sales of marijuana for those 21 and older along with Missouri which will allow medical use for doctor approve patients with approved conditions.

Many Marijuana taxes are claiming victories in the polls with longtime incumbent Rep. Pete Sessions, who was defeated Tuesday by Democrat Collin Allred. Pete as chairman of the House Rules Committee has repeatedly blocked any pro-marijuana legislation. Unlike Sessions other candidates are considering friendly movements, including incumbent Rep. Earl Blumenaur, D-Ore and newcomer Alexandria Ocasio-Cortez, New York Democrat who were house winners in the race Tuesday

“The bench is deep now,” Collins said of pro-decriminalization legislators. “The debate over should we legalize is over, and it’s now how should we legalize.” Although the founder of anti-legalization nonprofit Smart Approaches to Marijuana expressed his concerns that the proponents may be getting ahead of themselves. According to Sabet some pro-marijuana candidates including Texas’ Beto O’Rourke, were defeated, and that North Dakota voters defeated a ballot initiative that would have legalized the use of recreational cannabis. Missouri shot down other cannabis proposals, even after legalizing it for medicinal purpose.

He noted, “Tonight showed that legalization is not inevitable.” According to an article published on Huffington Post, Michigan is the 10th state in the nation and the first state in the Midwest to do so. In both Utah and Missouri, voters legalized marijuana for medical purposes ― the 31st and 32nd states to approve medical cannabis.

“This is yet again another historic election for the movement to end marijuana prohibition,

marijuana has now been legalized for adult use in one out of every five states, so I think it’s safe to say federal laws need an update,” said Steve Hawkins, executive director of the Marijuana Policy Project, which played a leading role in organizing the Michigan initiative,

“We hope the results of this election will inspire Congress to finally start addressing the tension that exists between state and federal marijuana laws in our nation.”

Despite the state’s efforts in reversing the prohibition, cannabis remains illegal under the federal Controlled Substances Act, however Presidential Donald Trump has motioned support for possibly removing the federal ban of marijuana.

The Recover is an unbiased substance abuse and mental health news provider. Helping individuals looking for the right treatment programs in their area. Also providing information on Utah rehab centers for addiction recovery