by Mckenzie Santa Maria
in Uncategorized
0 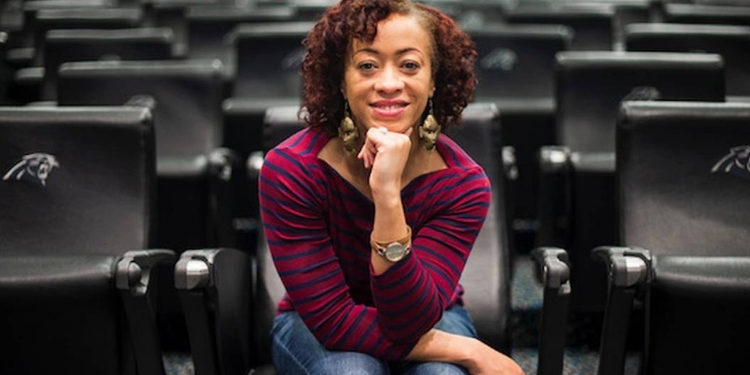 Mental illnesses have been a big topic among the public with depression, anxiety, and others including NFL players, because of the nature of the sport many players find themselves suffering alone. This led to the Panthers to hire Tish Guerin-she is one of the first active in-house psychological clinicians in all of the league.

Many leagues like the NFL have licensed mental health practitioner available for players and staff member while on a contract base, Tish, 35 has an office at the Bank of America Stadium. She is available anytime to any player or staff members seeking help.

Guerin believes that being onsite will help her observe any changes among the player’s mood or behavior which could indicate an early warning sign. The first step in the right direction. Coach Ron Riveria of the Panthers said, stressing mental and emotional welfare of an athlete is just as important as the physical aspect.

Early August, Steve Smith shared his fight with depression while an active player with the Carolina Panthers and Baltimore Ravens. Saying he felt, “Trapped, inferior and alone.” The all-time leading receiver spoke up after the suicides of Anthony Bourdain and Kate Spade also discussing Brain Dawkins who battled with depression and thoughts of suicide as he was about to be inducted into the Pro Football Hall of Fame.

Among several other Carolina players, Safety Eric Reid said the hire was long overdue. “It’s something that hasn’t been taken seriously long enough,” Reid said. “We’re dealing with professionals … we bang a lot. We have to lower our guard and know saying something’s wrong isn’t a bad thing. You might not have to say it [to] somebody on the team, but you need to talk to somebody…It’s the right thing to do, to [hire] somebody with the education and background to know what to do when somebody is going through something.”

According to Dr. Allen Sills, the NFL’s chief medical officer the NFL and NFLPA are working jointly on a proposal for clubs that would make behavior and mental health issues a high priority. He also supports and applauds the Panthers for “being forward-thinking in this area.”

Sills told ESPN, “One of the things you face in mental and behavioral health that you don’t face in other medicines is the concept of stigma,” Sills said. “We would like to see mental and behavioral health just as normalized, so everyone recognizes the importance of these issues to your overall well-being. Having someone that is visible and the main fabric of the organization, it really sends a message from the organization about how much they value these issues and this care.”

With mental health affecting 20 to 25 percent of the general population Guerin, official director of player wellness, hopes the Panthers will start a new trend. She said, “In terms of thinking about mental wellness and making sure our warriors we see on Sunday are talking to someone, have access to be able to get things off their chest and relieve that stress in a positive way and not a negative way, that’s imperative, this is something I would hope to see for all teams.”

New Panthers owner David Tepper played a significant role in the hiring of Guerin. He offered no resistance when Rivera, general manager Marty Hurney, and Mark Carrier, who was working in player development, approached him about hiring an in-house clinician.

“It’s going to bring awareness, not just to football but to all other sports,” said Rivera, who was part of the interview process. “There are a lot of people out there and a lot of us need help.”