by James William
in Uncategorized
0 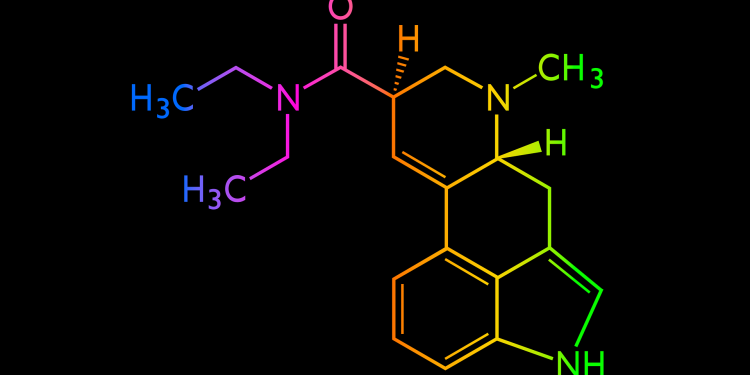 Results from one of the first placebo-controlled clinical trials investigating the effects of microdosing Lysergic Acid Diethylamide (LSD) have been published. According to the new study, Phase 1 trial is the first level in testing whether certain kinds of experimental microdose techniques could be beneficial as a therapeutic approach for treating Alzheimer’s disease. While new data doesn’t identify significant cognitive benefits in microdosing, it does prove that the method is safe enough to try on larger groups.

The movement for LSD and psilocybin to confer acute anti-depressant effects have been tested in the past-showing the same results. Psilocybin, in particular, has demonstrated hopeful enough in this area for the FDA to give it Breakthrough Therapy status twice over the last year. One of the new ways this compound helps is by stimulating serotonin 5-HT2A receptors in the brain.

The team explains that these particular brain receptors not only mediate cognitive function, however, but disruptions to these neural processes have also been discovered in most early symptoms of Alzheimer’s disease, including psychiatric symptoms liked anxiety and depression.

“Our research with serotonin 5-HT2A receptor agonists, such as LSD, suggests that they may represent a new strategy to treat diseases associated with chronic inflammation,” describes Charles Nichols, co-author of the new study.

“LSD’s unique polypharmacology may serve to enhance its capacity to simultaneously modulate multiple key pathological processes in the brain associated with Alzheimer’s disease, including neuroinflammation, that is implicated in its progression from mild cognitive impairment.”

Due to the potency of the LSD, it restricts its ability to be distributed broadly and consistently as conventional medicine. Experts will be able to give one or two potent doses accompanied by structured psychotherapy sessions that may help treat major depression or addiction. Yet, these psychedelics are not realistically deployable in cases for sustained treatments.

Microdosing has become a huge interest not only for users but for the scientist who wants to explore the actual effects. Researchers from the University of Chicago conducted one of the first studies to explore these questions.

The examination did not explore the longer-term effects of microdosing but rather was investigating how single, shallow LSD doses affect a subject’s mood and cognition. A typical hallucinogenic LSD dose is approximately 100 to 200 micrograms (μg). When they tested four different dosages – a placebo, 6.5, 13, or 26 μg – the researchers inferred 13 μg is the highest dose recommended for a microdose. At 26 μg, subjects began experiencing “drug-like sensations.”

However, this new study reports results from a trial carried out in the UK. Phase 1 clinical trial set out mainly to explore the safety and tolerability of periodic LSD microdoses in healthy older adults. The test is primarily a forerunner to a more significant Phase 2 study on the efficacy of LSD microdoses for Alzheimer’s disease.

“The study provides reassuring safety data and opens the door for larger-scale clinical trials to evaluate the potential therapeutic effects of LSD,” says Robin Carhart-Harris, head of the Centre for Psychedelic Research at Imperial College London.

However, the new following data on the cognitive outcomes of this kind of microdosing is so far not pointing to the anecdotally popular technique as improving very much at all.

Yet, the new study offers a periodic dosing strategy that more resembles the experience of anecdotal microdoses; yet, it also did not identify any particular cognitive or sensory alterations in its cohort.

When under the influence of a microdose, the subjects consistently overestimated how long a couple of seconds lasted. It is still unclear precisely what this discover even means in terms of how an LSD microdose influences explicitly a person’s subjective sense of time. However, what the study did make clear is that microdoses may confer some degree of cognitive control in sub-perceptual doses, even when the user does not perceive any conscious effect from the drug.

The new study was published in the journal Psychopharmacology.