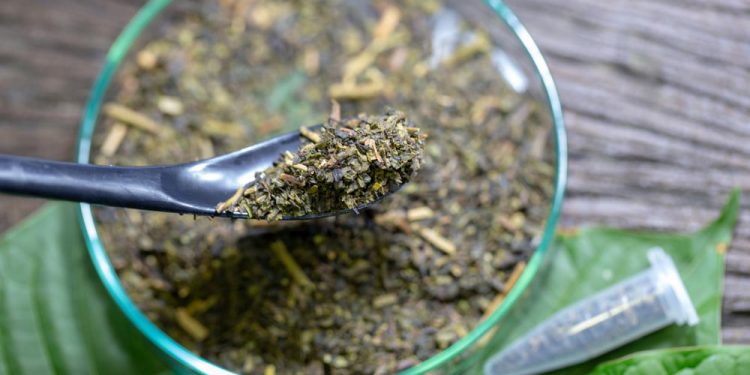 A new herbal alternative has been getting a lot of lousy publicity, and it continues this week with a new study. A study which examined the effects of kratom when used as an alternative for chronic pain or opioid withdrawal and found that the plant is linked to dangerous side effects including seizures and deaths. People report that they have withdrawals when they try to come off or even cut back on kratom, similar to the way opioid withdrawals feel.

According to the National Poison Data System, which controls over 55 poison control centers in the U.S, found over 2,300 people had reported to a center worried that they or someone else had a new kratom use caused sickness. Out of these cases, the most common ailment was agitation (18.6 percent), a rapid heartbeat (16.9 percent), and drowsiness (13.6 percent). However, the most severe symptoms, including a seizure (6.1 percent), hallucinations (4.8 percent), and coma (2.8 percent) reported.

In addition to the original study, they also examined the death certificates from the County Medical Examiner’s Office in New York State and discovered four deaths that involved kratom, listed by the corner as a cause or contributing factor in the end.

“Kratom use is increasing and is associated with significant toxicities,” wrote the authors that published the findings in the Pharmacotherapy.

The new study’s findings mimic those of research that was published this February, which also examined poison control calls regarding dangerous kratom use. Just like the current study, they also discovered requests for kratom had increased over the last few years. Also, the study follows another report published by the Centers for Disease Control and Prevention in April that connected kratom use to 91 deaths from July 2016 to December 2017.

Due to all the adverse reports and study findings, the Food and Drug Administration has moved fast with campaigning against people using the plant, citing all the research results from the CDC and its studies, stating that kratom works in the same way as an opioid would I the brain. They also report the plant having heavy metal and have also been connected to foodborne Salmonella.

Around 6 percent of the calls reported withdrawal symptoms, comparable to what happens when users addicted to opioids stop taking them abruptly. However, advocates of the plant have criticized these reports, claiming that most of the kratom-linked deaths are due to the mixture of drugs found in the person’s system at the time of death. More studies are needed to disprove this argument.

Over the past year, the government has argued for kratom to be classified as a Schedule I controlled substance, which blocks its use for everyone. Also, the FDA have also ticketed the retailers and distributors that blatantly sell kratom supplements and market them as a treatment for medical conditions, even cancer. The DEA has made no decision.

“Kratom may have a role in treating pain and opioid use disorder, but more research is needed on its safety and efficacy. Our results suggest it should not be available as an herbal supplement,” argued lead author William Eggleston, a clinical assistant professor of pharmacy practice at Binghamton University in New York.