by The Recover
in Featured
5 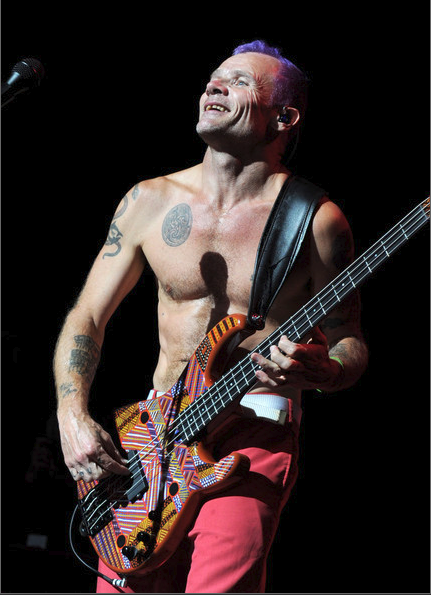 The world recognized rock band Red Hot Chili Peppers has always been known for their outrageous members and funk rock music style. Hailing from California, the band is one of the best-selling bands of all time, selling over 80 million records worldwide and 6 Grammy award wins. The eclectic members of the band all have their own sense of style and personality that has added to their sound in their own unique ways. Bassist Flea is easily recognizable with his wild sense of style and manic hair choices, he is an original member with the band since its creation in 1983 and has always been very vocal with social issues and his own personal experiences. Flea opened up to Time Magazine in his own piece titled The Temptation of Drugs Is a Bitch to speak about the opioid epidemic facing America for their ongoing Opioid Diaries segment. He was open and honest with the magazine about his struggles with addiction and more exclusively, OxyContin.

“I’ve been around substance abuse since the day I was born,” said Flea. “All the adults in my life regularly numbed themselves to ease their troubles, and alcohol or drugs were everywhere, always. I started smoking weed when I was eleven, and then proceeded to snort, shoot, pop, smoke, drop and dragon chase my way through my teens and twenties.”

He talks about his first run in with a prescription medication given to him freely by his doctor when he broke his arm in a snowboarding accident that caused him to have major surgery.

“My doctor put me back together perfectly, and thanks to him I can still play bass with all my heart. But he also gave me two-month supply of Oxycontin. The bottle said to take four each day. I was high as hell when I took those things. It not only quelled my physical pain, but all my emotions as well. I only took one a day, but I was not present for my kids, my creative spirit went into decline and I became depressed. I stopped taking them after a month, but I could have easily gotten another refill.

He believes more can be done with the help of those who have developed the addicting medications and lays a heavy responsibility at the foot of Big Pharma.

“There is obviously a time when painkillers should be prescribed, but medical professions should be more discerning. It’s also equally obvious that part of any opioid prescription should include follow-up, monitoring and a clear solution and path to rehabilitation if anyone becomes addicted. Big pharma could pay for this with a percentage of their huge profits.”

Flea noted how anyone could be affected, regardless of drug abuse experience or stature.

“Perfectly sane people become addicted to these medications and end up dead. Lawyers, plumbers, philosophers, celebrities — addiction doesn’t care who you are.

“Addiction is a cruel disease, and the medical community, together with the government, should offer help to all of those who need it.”