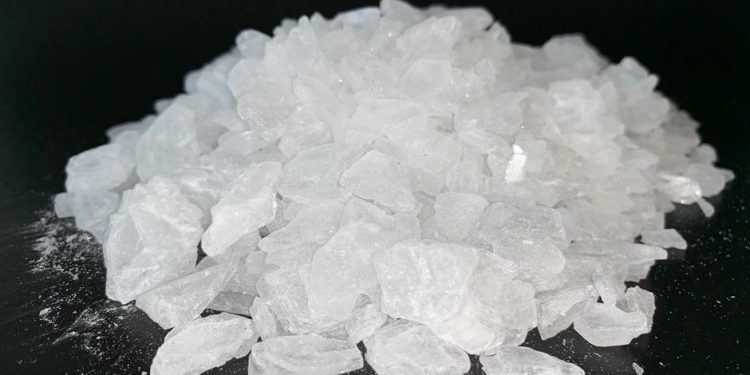 SAN ANTONIO — It’s one of the largest forensic labs in Texas, it runs independently and it’s one of the places testing killer drugs coming into the U.S.

13 years ago, one tv show brought a new word to mainstream America. Meth.

“It really did increase the interest in methamphetamine, largely, it opened up a segment of the population to methamphetamine that wouldn’t have even thought about that,” says James Miller, Manager of City Drug Section of Houston Forensic Science Center.

In those 13 years, the street meth being cooked here in the U.S. has changed. The head of one of the largest labs in Texas tells us, the meth coming through these doors is more deadly than ever before.

Miller says addicts were better off taking lower grade meth than what they are smoking now the higher grade stuff that has a higher potential for addiction.

“Methamphetamine has actually become the number one drug that we see here in our laboratory. And that really has happened primarily over the last three years this big push of methamphetamine coming through, and it’s primarily in two different forms. There’s the, what I’ll call the Breaking Bad form, where it’s the crystal yeah oh that looks like large pieces of rock candy,” says Miller.

This is “the high pure form” that’s meant to be smoked. The other popular form is a white odorless and bitter-tasting crystalline powder that can dissolve easily in water or alcohol.

“We’re seeing hundreds of pounds of that coming through the laboratory, and that’s one of the areas where we cooperate with other agencies like the DEA,” says Miller.

Peter Stout is the President & CEO of Houston Forensic Science Center. He says the number of cases that they’re getting has not changed that much, but its makeup has changed a lot..

Meth is a stimulant, it is consumed primarily by smoking like you would crack cocaine. It then stimulates the body. It raises the heart rate, the respiration and it increases your blood pressure.

“Now the reason why people consume methamphetamine is what it does in your brain is going to release large amounts of dopamine. The feel really good chemicals that are in your brain but because it’s so pure, it’s releasing such large quantities at this dopamine that without methamphetamine, you’ll never feel that good again,” says Miller.

If the results of addiction aren’t bad enough, the stress on the body can kill you.

“On the one hand, you can suffer strokes and heart attacks from smoking these strong potent stimulants like meth, but you can also have the long term psychological effects, where you can never reach the high that you had smoking meth and so you now are struggling, putting everything you have into getting that high again,” says Miller.

“I’ll tell you, I don’t get it. I do not understand it, I’m looking at people like, why would you do that to yourself, can you see what you look like, you know, can you see your skin can you see your teeth. Can you see, you know, your mental state how you deal with other people? So when you talk about that ‘high’ – what is it?” Yami asks. “So, one of the things you can compare it to is what we call a runner’s high. People who do long-distance running or strenuous exercise, you hit that wall, right, and you’re like, my body is telling me I need to stop, you know, this hurts, but if you keep pushing through that you reach that runner’s high. That’s where your body is actually releasing chemicals – hormones in your body that allow you to numb that pain, and it makes you feel good so that you can actually push through and continue,” says Miller.

“Now the second most common is cocaine and the third most common are pharmaceuticals — pills and around here and actually, Texas, kind of in general. Pills are, where we see things like fentanyl and all of its analogs and cousins,” says Stout.

The fake prescription pills are really a growing problem because the user may not know that what they bought is laced with deadly fentanyl.

“You got to keep in mind this is materials that are being made by clandestine operations that are after the money, so they don’t give a flying rip, what’s in it. And they don’t, don’t have any quality control. The pills come out and looking like formula grams and Xanax bar, or Norco, or something that you would recognize as a pharmaceutical and we see this all the time,” says Stout.

The quicker this lab identifies new trends in the drugs being seized the quicker law enforcement will know what is being sold out on the streets, which can prevent some of the deaths we are seeing

“There are two messages that I wish we could get out. One is to people who do use the drugs. You know, I want them to know, even if you know the person that you’re getting the drugs from right you know the dealer, right. That doesn’t mean that he knows what you’re getting. Even if you’ve had really good luck, right you’ve got good quality stuff you like it. The last sample that you buy, maybe the last sample that you take,” says Miller.