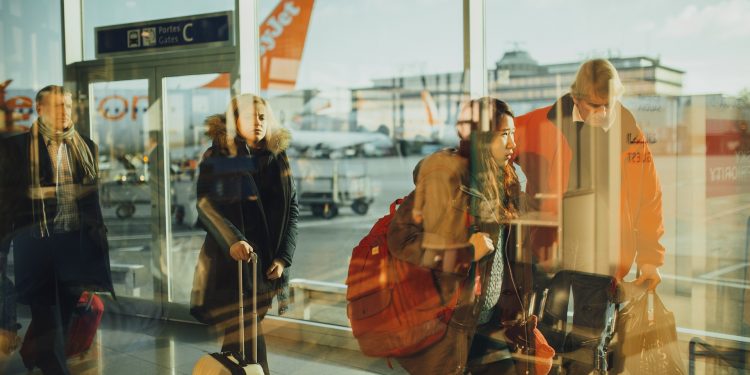 During a search of an elderly man and his suitcase, authorities discovered around 70 pounds of vacuum-sealed marijuana packages hidden and labeled “T-shirts,” “cold weather” and “sexy pants.”

This is just another normal day for California airports, according to recent studies, since the legalization of marijuana in California, trafficking arrest has skyrocketed 166% at LAX The light punishment and fading negative stigma of cannabis have enticed smugglers to take to the sky’s,  a way to escape the competitive California cannabis market, confirmed by authorities, cannabis industry experts and lawyers across the state who have represented those accused of smuggling.

Due to the increase, LAX known as the world’s fourth-busiest airport is now putting efforts into expanding security through the hubs to confiscate illegal marijuana.

“This is normal procedure for these guys, and I would say 29 out of 30 times they make it through without a problem,” said Bill Kroger Jr., a 20-year criminal defense lawyer who specialized in cannabis-related cases.

Reports from LAX, have claimed that their staff has encountered more airline passengers who are carrying small amounts of marijuana for personal consumption, but the number of checked luggage with bags stuffed to the brim full of marijuana has skyrocketed. Authorities in Oakland and Sacramento have also reported the same growing problem.

“We intercept large quantities of marijuana regularly,” stated Sgt. Ray Kelly of the Alameda County Sheriff’s Office. “We find it in about 50-pound quantities … the carry-on rate for luggage. I would imagine we’re only intercepting some of it, not all of it,” he added.

Not only is the sudden rise in airport marijuana smuggling the result of legalization and a full market, but California also grows a copious amount of marijuana, far more than the average resident consumes. Some experts say up to five times more than other states, and other marijuana users in different states will pay a hefty price for Cali Bud.

“Since pot’s been legalized in California, there’s no money to be made because everyone got involved in it,” Kroger explained. “They’ve got this big 50,000-square-foot [grow] houses, and they’re flooding the market. The money is outside of California.”

According to the L.A. Times and the Los Angeles police reports, “During 2018 — the state’s first year of legalized recreational pot use — L.A.X. Police conducted 101 trafficking arrests, compared with 38 trafficking arrests in 2017 and 20 in 2016″

“I think we anticipated it,” announced Los Angeles World Airports police spokesman Rob Pedregon. “If you look at the sheer numbers for us — 87 million passengers a year … I wouldn’t be surprised if, in a couple of months, we do what the other airports do in a year.”

Despite the recent legalization of medical and recreational use, under federal law, it remains illegal and considered to be a Schedule 1 drug in the same classifications as heroin, L.S.D., and ecstasy.

In their efforts to avoid any complications with the U.S. Drug Enforcement Administration the California Bureau of Cannabis Control has banned the export of marijuana into other states.

However, many experts suggest that the prohibition will do almost nothing to stop Californians from illegally exporting bulk amounts of cannabis crops and products.

A paper published by the University of California Agricultural Issues Center, on the economic effects of marijuana’s legalization, claims that almost 80% of the hemp cultivated in California is shipped out of state will never be taxed or regulated here.

“Projections from all sources indicate that illegal cannabis will remain significant,” the study suggests, “given that it is a market with long-established producers and consumers.”

Furthermore, due to the ongoing black market and other factors, the state has been nothing but disappointed by the amount of tax revenue the legal pot facilities are generating. Many users of marijuana have also confessed to purposely purchasing non-taxed marijuana because of the ridiculous tax that has been added. In some areas of L.A., a buyer could pay up to 35% in tax.

As a result of this ongoing black market — and other factors — the state has been disappointed by the amount of tax revenue that legal pot generates.

“I don’t think we’re surprised by the numbers. These are things we foresaw, and we’ve warned folks about,” explained Kyle Mori of the D.E.A.’s Los Angeles office. “When states legalize it, you give folks a false sense of security that they can come through T.S.A. checkpoints…. They believe what they’re doing is legal.”

Just last year L.A.X. released reports claiming 503 bags filled with cannabis and only one-fifth of those bags involved trafficking suspects, as compared to 400 reports of marijuana in 2017 and 282 reports in 2016.