A Town You Can’t Be Saved In; Middletown, OH 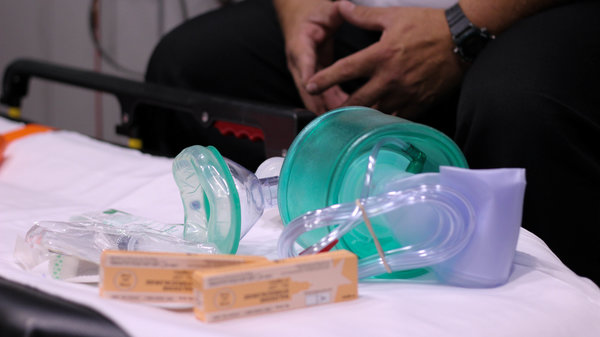 What it takes to bring someone back Esther Honig/WOSU

By June 2017, the population of Middletown, OH, had seen 600 overdoses. More than the entire year of 2016. Councilman Dan Picard estimated every overdose costs his city $1104, when incorporating drug cost, ambulance arrival and medic’s time. “If we don’t do anything, the city’s going to run out of money,” he says. If overdoses continue at this speed, the city will be unable to provide emergency services.

He’s proposing a three strikes type rule. If emergency medical services are used on a person to revive them from an overdose, the first two times you are required to pay back every cent used on your care by performing community services. If you have not completed the community service for the first two overdose reversals, an ambulance will not come out to help you. Some have called this tactic inhumane, but Picard is thinking of the larger picture, when the city could possible not afford any emergency services at all.

Other emergencies are put to the wayside, when the fire department in Middletown estimates 4 to 5 calls a day on average are due to drug overdose. Bryan Oliver, a firefighter for the town says he and his team administer the powerful reversal drug Naloxone and then perform CPR on the same patient for multiple overdoses, some even on the same day.

“Anybody you talk to who does this job will tell you it’s frustrating and you put that to the side because you have a job to do,” he says.

Each dose of Naloxone costs around $36 and depending on the seriousness of the overdose and the drug the patient is under the influence of, it could take multiple doses to get them breathing again. The Emergency Medical department estimates it will spend near $90,000 on Naloxone alone. Making it more costly than 50% more of the entire budget for all the medications on their ambulances.

The town has tried other ways to combat the crisis, they have addiction treatment options and the needle exchange program, but this year the epidemic could cost Middletown over $2 Million dollars. That’s 10% of the city’s annual tax revenue.

There are those strongly opposed to the idea, and Chief Paul Lolli of the Middletown Fire Department says it may not even make a large financial difference. He explains that an estimated 15% of overdose runs are to repeat users, which leaves a staggering 85% of calls going to first time overdoses.

“A lot of people this — these are habitual overdose run patients,” says Lolli. “The scary thing about it, is that a lot of time it’s not.” “Most of us in the EMS field believe this is a disease,”

He says his town must find the money elsewhere, as EMS providers are legally and morally bound to respond to a crisis.

Resident John Blankenship lives off of Central Avenue, near the cities main drag. He’s like most of his neighbors, and has lost family members to opioid addiction. His son died at age 23 and his daughter died on her 25th birthday. He says the city may be struggling financially to combat the opioid addiction, but as a taxpayer and a father, he doesn’t believe letting people die is an option.

“God should be the only one who decides when somebody dies, not a councilman,” he says.