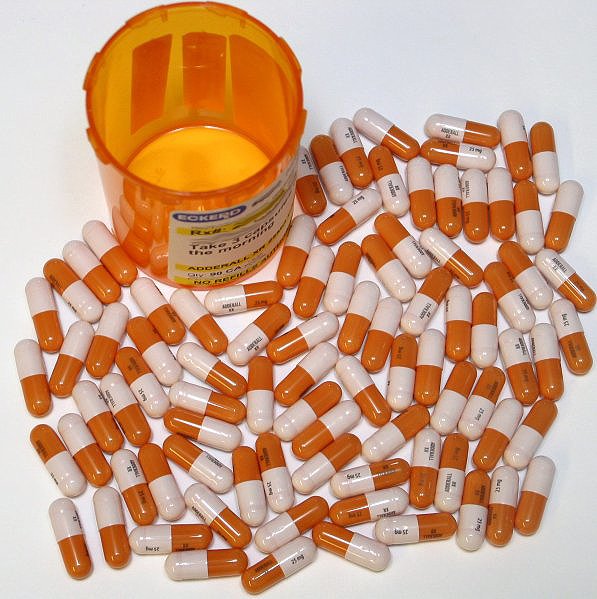 An alarming number of calls have been placed to poison control centers on reports of child and teenage overdoses of Attention Deficit Hyperactivity Disorder (ADHD) drugs. Between 2000 and 2014, 156,000 calls were made nationwide, and the majority of them were boys under the age of 19. An average of 200 calls a week, or 29 a day. In 2016, first time recreational use of stimulants outpaced first time opioid use. The growth is hard to ignore.

The study published this week in the medical journal Pediatrics, showed almost 75% of the calls involved children under 12, including kids under six who had gotten into someone else’s medication and children taking too much of their own medication prescribed to them.  The majority of the calls involved two classes of drugs, methylphenidate, like brand names Ritalin and Concerta, and amphetamine, within the widely popular Adderall medication.

When used properly, these medications provide struggling children with the focus they need to complete school work instead of falling behind due to their disorder. The benefits are significant for parents and kids alike when the prescriptions are stored properly and away from young children.

To be accurately diagnosed with ADHD in children, doctors meet with their parents and teachers as well as other adults who notice the irregular behaviors. Adult diagnosis does not involve the physician meeting with a parent but looking back into a patients history for evidence of symptoms or impairments.

This is a class of medications that is first-line FDA-approved to treating kids and teens with ADHD,” Dr. Jennifer Ashton told GMA’s Robin Roberts. “They are stimulants, so they increase activation in the brain, they increase brain waves – very, very helpful. But like any medication they have a long list of side effects and they are associated with an increased risk of dependence and or abuse.” Ashton is the Chief Medical Correspondent for Good Morning America.

“These medications are described as turning the lights on for someone who is trying to work in the dark, so it’s about balancing those risks and benefits.”

Although the adverse effects can be substantial, rapid heart rates, high blood pressure and irritability can cause parents to think twice about giving their child the pills. Death can occur with stimulant overdoses but were most commonly the outcomes of young adults who intentionally misused the medication. Risks are heightened when the user combines the medications with other stimulants like coffee or energy drinks. Psychostimulant overdose related deaths jumped up 30% in 2017.

But the patients who were reported to misuse the medication the most were between the ages of 18 to 25, showing that most misuse happens in young adults at a higher rate than juveniles.

Many believe the uptick is due to doctors who do not follow the recommended steps to find an accurate diagnosis, and as a result some patients are given the medication without a definite analysis. Which leaves more pills available to be abused, sold or accidentally ingested by minors. To receive a proper diagnosis, one must visit a psychiatrist who can go through a full assessment and monitor the prescriptions effects on a patient.

College and high school campuses are now burdened by the responsibility to raise awareness and let young adults know about the dangers of stimulant abuse and legal risks. To completely address this growing issue, a wide cultural change is necessary for a lasting effect, including the lessening academic and competitive pressures. Parents should keep medications away from their young children and only give their child their daily dose at a time.