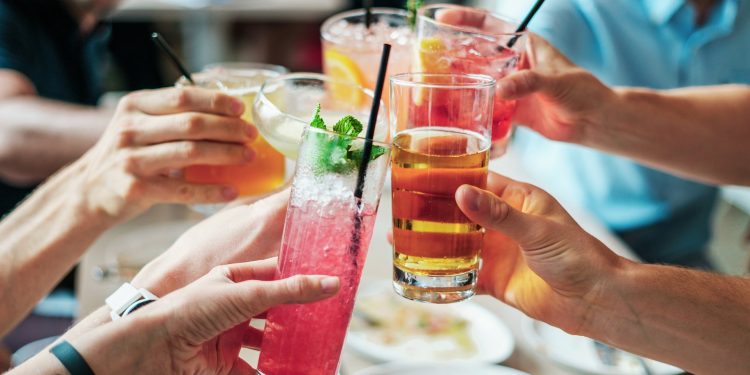 The spike in marijuana use has not hidden the fact that massive binge-drinking millennials are now fueling the potential public health crisis. The risk that comes with over-consumption is severe and one particular debilitating condition known as liver disease can become a long-term issue. The amount one drinks can have effects on the heart, pancreas, and brain.

“If we don’t address this public health problem early, then 10, 15, or 20 years from now we’re going to see many people with end-stage liver disease due to alcohol,” Dr. Robert Wong, a liver specialist and assistant clinical professor at Highland Hospital in Oakland, California, explained to Healthline newsgroup. “It could be a huge economic burden for the U.S.”

In addition to Wong’s, claims Dr. Elliot Tapper, a liver specialist and assistant professor at the University of Michigan, agrees that the side effects of the current drinking problem not only will cause a problem now but have a more significant impact in the future.

“I don’t think we have any sense of what the total impact on public health would be. You can measure it in dollars and quality of life,” Tapper added. “There’s going to be a giant hole in the middle of our society caused by the damage due to alcohol.”

According to a recent study by, Trusted Source, Wong and his team of researchers discovered that over the past decade, the amount of liver disease and pancreatic cancers had spiked dramatically.

Many of them suggest that the leading cause is how much the younger generation drinks.

“We broke down our data by age, gender, and race-ethnicity. One signal we saw was that the young population, in their 20s to 40s, had a very high prevalence of alcoholic fatty liver,” he noted.

“When you see this day after day, it triggered us to ask how big this problem is, both here in the community and the U.S.,” he explained.

Even Tapper who has been in practice for most of his life says the numbers are alarming, and the risk the young take to party is having negative generational effects.

“The kind of person we’re taking care of now is much younger than it was when we were in training or what you’d expect from a textbook,” he said. “Every other room will have someone in their 20s or 30s who are dying of liver failure.”

To no one’s surprise, they noticed the most significant increase in alcoholic cirrhosis deaths among people between the ages of 25-34. They also noted that the group included white, Native American, and Hispanic people. They noticed that the states with the worst increase in Kentucky, New Mexico, and Arkansas, however, the one state that saw any improvement was Maryland.

The Centers for Disease Control and Prevention labels binge drinking as more than five drinks in a period of 3 hours.

More clinical studies are being conducted to confirm the health crisis that could be sneaking up on the young generation.