First Study of Its Kind Suggest CBD May Cause Liver Damage 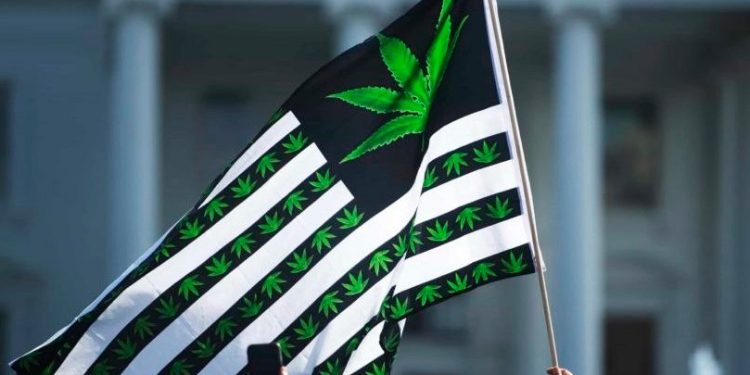 Marijuana has become the most popular thing in America, from people smoking it, eating it, dabbing it or using it as a topical it is becoming a social norm. CBD, the highly popular non-psychoactive has also found its spotlight, replacing traditional methods of medicine due to its positive medical benefits. However, a new study may shake things up for the way CBD is looked at.

Mainly, the researchers involved with the study indicated that this substance could be damaging to peoples lives in the same way Alcohol and other drugs are. According to Researchers at the University of Arkansas for Medical Science, they claim to have found that when people use CBD, they are at an elevated risk for liver toxicity. Despite the recent spike in popularity among the wellness community, the findings show that people using CBD as a replacement for acetaminophen, or regular over the counter pain relievers, are at the same risk of harming their livers, as they would be if they took Advil.

The methods utilized in the research were never tested before, for example, the team dosed and followed all safety recommendations from a CBD based drug known as, Epidiolex. Last year the U.S. Food and Drug Administration approved it as a treatment for particular kinds of childhood epilepsy, the first ever of its kind. The researchers then examined laboratory mice under the influence of various dosages of CBD. They claim the dosage levels are, “the allometrically scaled mouse equivalent doses (MED) of the maximum recommended a human maintenance dose of CBD in EPIDIOLEX (20 mg/kg).”

The team noticed that the mice given the higher doses of CBD showed signed of liver damage within 24 hours. Shocking, almost 75 percent of the animals in the sub-acute phase had either died or were very sick and on the verge of death within a few days of taking the cannabis compound.

Despite the medical benefits that have been linked to CBD, liver toxicity is an adverse reaction to various substances. For example, Alcohol, drugs, and even some natural supplements can all take a toll on liver function – even in healthy people. This study is the very first of its kind that suggests and shows CBD might be as harmful to the human liver as any other chemicals.

According to the lead study author, Igor Koturbash, Ph.D., “the risk of liver damage from CBD is a nasty side effect printed in black and white on GW Pharma’s Epidiolex packaging. ”

“If you look at the Epidolex label,” he stated, “it clearly states a warning for liver injury. It states you have to monitor the liver enzyme levels of the patients. In clinical trials, 5% to 20% of the patients developed elevated liver enzymes, and some patients were withdrawn from the trials,” he calculated.

Simply put, if anyone taking CBD daily and in larger doses might unconsciously find themselves on the path to liver disease.

Earlier studies have also shown that individual components of the marijuana plant may be harmful to the liver, however one particular study suggested that cannabis may actually help prevent liver damage in users with alcoholism, although in some cases it worsed the issue.

“Patients with hepatitis C who used cannabis had way liver scarring than those who didn’t and more progression of their liver disease. Something in the cannabis could actually be increasing fatty liver disease,” Dr. Hardeep Singh, a gastroenterologist at St. Joseph Hospital in Orange, California, explained to Healthline.

“CBD differentially regulated more than 50 genes, many of which were linked to oxidative stress responses, lipid metabolism pathways and drug metabolizing enzymes,” the study also added showing some positive potential as many thought.

The only CBD-based medicine that has been approved, Epidiolex, is labeled with a big, fat warning of potential liver damage. Doctors and scientist warn people that most of the CBD products found in stores or online being sold are not FDA approved and may pose unknown threats to their health.