by Mckenzie Santa Maria
in Featured, Questions about Rehab, Treatment
0 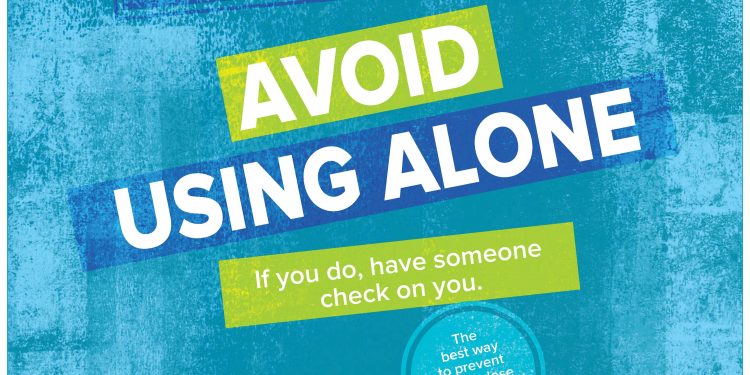 Amid a national health crisis, several health departments are fighting to curb deaths due to  drug overdose. New York City has just launched its HealingNYC campaign in an effort to prevent fatal opioid overdoses by offering a free reporting and care system for New Yorkers addicted to opioids

In 2017, fentanyl was declared the most common drug involved in overdose deaths nationwide and could be traced back to nearly 57% of all the opioid-related deaths. More recent data confirms its growing presence in neighborhoods across the country.

Tuesday, May 28th, 2019, was the first day of the month-long campaign announced by the New York Health Department, which offers public education on practical and life-saving advice to people who use drugs. The campaign highlights the dangers of ‘using’ alone and additionally to the increased dangers of mixing multiple drugs.

The half a million-dollar campaign also cautions people on the risk they take when consuming drugs/opioids due to the possible presence of fentanyl.

The synthetic opioid, fentanyl can be described as a short-acting opioid, almost 50 times more potent than heroin. Authorities claim they continue to find traces in heroin, powdered cocaine, crack cocaine, and ketamine, including pills sold as painkillers and benzodiazepines.

According to the state data, the overdose death rate continues to skyrocket with city numbers drastically increasing over the last seven years.

“Fentanyl is in the illegal drug supply, and it is driving the overdose epidemic in New York City,” announced Health Commissioner Dr. Oxiris Barbot. “People who use drugs should know there are ways to reduce their risk of overdose. If you use drugs, don’t use them by yourself; if you overdose, someone else will need to call 911. This information can save lives.”

The campaign details their information with current data statistics and factual evidence. For example, the HealthNY defines and explains what Fentanyl is, noting that it cannot be detected by sight, taste, or smell when mixed with other drugs.

For anyone in New York using the following: heroin, cocaine, crack, or pills, experts caution the risk of fentanyl-induced overdose. They stress the importance of carrying naloxone, a reversal for opioid overdose and suggest users carry one at all times.

Another topic that is stressed in the campaign is the mixing of multiple drugs. Health experts warn people of the increased risks involved when they mix drugs like opioids with alcohol, Xanax, Valium, and Klonopin. Many users are afraid to let people know what they are high on or just took a hit of and health officials warn that honesty about usage is key to first responders being able to do their jobs effectively. Health officials warned users to avoid using alone if at all possible. If users find themselves using alone, they suggest having someone check on them to make sure they are alive and well.

The initial campaign will run citywide on subways, bus shelters, billboards,  LinkNYC kiosks, online in local businesses and the Staten Island Ferry Terminal. Each city with the highest reported opioid overdose-related deaths will be targeted the hardest.

The push to launch the campaign comes after the Health Department’s “Living Proof” and “I Saved a Life” campaigns which discusses the importance of treatment for addiction of opioids with methadone or buprenorphine and raised awareness of naloxone.

The announcement is connected with HealingNYC which is New York’s effort to provide a detailed strategy of attack and aid to the awareness of the opioid crisis with the goal to save at least 400 lives by 2022.

“Fentanyl is a synthetic killer far more lethal than any strain of heroin found on city streets. The spike in overdose deaths caused by the use of fentanyl and the abuse of other opioids once again highlights the importance of education, prevention, and harm reduction strategies to encourage drug users to try to stay safe, and ultimately to seek substance abuse treatment, all without fear of legal repercussions,” announced  Assembly Member Richard N. Gottfried, Chair of the Assembly Health Committee.

Another statement from City Council Health Committee Chair Mark Levine, states, “While we are doing everything, we can to get Fentanyl off our streets, we also need to give every person who uses this powerful drug, whether inadvertently or not, a chance to survive its deadly consequences.” “Every New Yorker should know that if you use drugs, there are things you can do to mitigate the chances of a deadly overdose. We need to be open and honest about drug use in New Your City and make the use of drugs, even if illegal, as safe as possible. This program will save lives.”

Alyssa Aguilera, Co-Executive Director, VOCAL-NY adds to the previous statement by saying,  “at our syringe exchange program in Brooklyn, we know that education and supportive services are what keep people who use drugs safe.”

“We’re glad to see the city taking proactive steps to educate the public about the dangers of fentanyl, while also promoting strategies to reduce harm and mitigate risk. These are the important public health strategies we need to keep our communities safe and turn the tide on this deadly and unnecessary overdose crisis,” she concluded.

Monique Tula, Executive Director, Harm Reduction Coalition, believes that within a post-fentanyl environment, people who do use drugs are far more at risk for a deadly overdose than ever before.

“This campaign offers practical, life-saving information that gives people the tools they need to keep themselves out of harm’s way,” she said.

Over the past decade, the amount of deaths due to drug overdoses with opioids has skyrocketed and remains to be a popular trend in New York City, where data confirms someone dies of a drug overdose every six hours.

Many of the cities strategies to curb overdose deaths can be found in HealingNYC, and include naloxone distribution, educational activities, and social supports for youth.

Their goal is to educate health professionals about the risks of prescription opioid painkillers and the acceptable ways of judicious prescribing, as well as growing crisis intervention services for users who experience nonfatal overdoses.

Health experts stress the reality that opioid overdose deaths are preventable, and the reversal medication naloxone is available to anyone living in New York. Major chains in New York including Walgreens, Duane Reade, Rite Aid, and CVS are now offering naloxone and almost 500 independent pharmacies citywide have agreed to follow. They will be offering it to people without a patient-specific prescription, and in addition to the multiple locations of access, naxalone is free through registered Opioid Overdose Prevention programs.

New York State has also announced that it will cover naloxone co-payments of up to $40, along with providing education courses on how to properly administer the life-saving drug.

In those cases where people do not know how to administer the nasal spray, the naloxone training will be held at the Health Department office at the  Queens location and the Tremont Neighborhood Action Center in the Bronx.

These specialized training sessions are necessary for people to be able to recognize the signs of an overdose and respond by calling 911 before administering the nasal spray. Each session is free of charge and comes with a complimentary kit.

The New York City Health Department wants to remind people that treatment for opioid abuse disorder is highly available in NYC and has been proven to be successful if treatment is completed. If anyone is seeking a program, they can contact NYC Well through their hotline, by texting “WELL” to 65173 or going to nyc.gov/NYCwell.

Their staff is available to give free, confidential support at any time of the day in over 200 languages. Please report an overdose to 911 immediately.