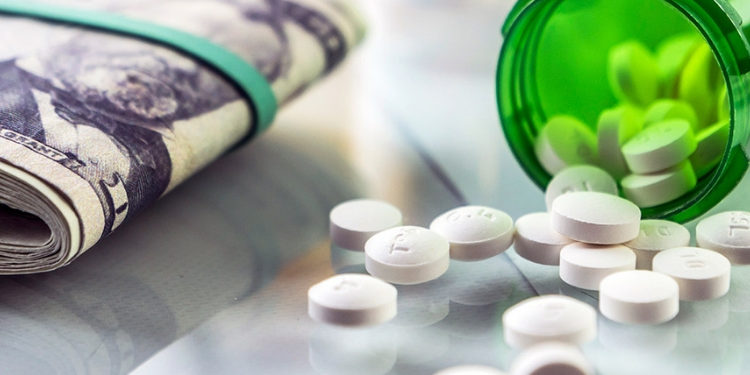 Opioids have been the center of attention for many states who are trying everything to combat the crisis among their population. New York may be the first state to start a new trend in the battle- based on the outcome of an industry lawsuit against NY.

Monday a case will be tested through oral arguments as the health care industry argues that most of the bills that have been proposed are bad policy and illegal, at least in the New York Law’s case. The bill would tax the drug and use the money for addiction treatment and prevention.

Last year more than a dozen states saw the introduction of the bills to start taxing opioids, however, despite the push, New York’s made it into law. According to New York’s law, it will collect $600 million over six years from drug makers and distributors and use it to fund addiction treatment and prevention. Health industry groups have

Many groups are also arguing that the current law is unconstitutional. Jeff Francer of the Association for Accessible Medicines, one of the plaintiffs said, “The fee itself could force a generic company, which is making a very low margin, to leave the market. And so, a potential policy consequence is that patients are only left with the brand-name, high-cost opioids when they have medical needs.”

If New York’s law is deemed unconstitutional, that could influence whether other states mimic New York’s lead or go a different route with the legislation.

“No legislator wants to pass a law that a court finds to be unconstitutional,” Jeff said, “I think that the states see what’s going on in litigation.

Minnesota Governor-elect Tim Walz has expressed his support of a fee on opioid prescriptions to help pay for addiction treatment and prevention. The move seems to take a better approach then incarceration in many people’s eyes.

Learn more about the state opioid tax legislation that was introduced in 2018, compiled by the National Conference of State Legislatures

Advocates for the opioid’s taxes argue that their goals go beyond just raising money. Andrew Kolodny of Brandeis University expressed his concerns saying. “If the actual price for these products reflected their true costs, I think we’d see a greater emphasis on reducing opioid use and encouraging the use of pain treatments that are much safer and more effective.”

Others like a spokeswoman for Pharmaceutical Research and Manufacturers of America explain how these taxes could make it harder for people to get the pain medication they need. “We do not believe levying a tax on prescribed medicines that meet legitimate medical needs is an appropriate funding mechanism for a state’s budget.”

The approach has been labeled a “unique” way to handle the battle against opioid addiction, although the ruling against New York could easily end it all.

The Long and Tiresome Millennial Road to Drug Addiction and Alcoholism

The Long and Tiresome Millennial Road to Drug Addiction and Alcoholism