Homeless more Susceptible to Drug Use 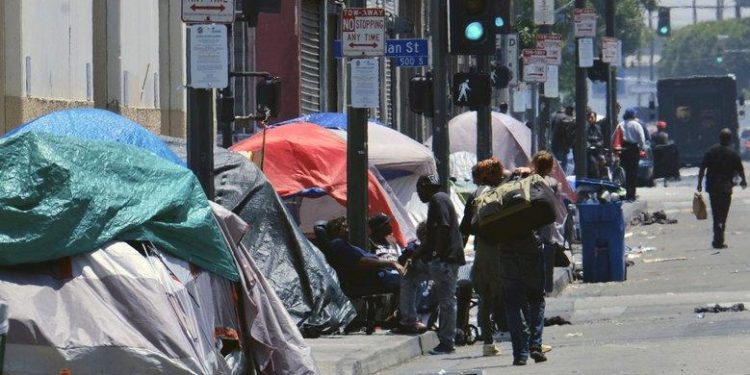 The crisis in the United States government officials are dealing with is homeless and substance abuse. Homeless people at some point in their lives had a home, a job, and as well as a family, the main reasons why the homeless become homeless can be a number of reasons: lack affordable housing, lawful eviction, negative cash flow, post-traumatic stress disorder (otherly known as PTSD), natural disasters (earthquakes, hurricanes, tornadoes, etc.), mental and physical disabilities and also having no family or support from relatives. One of the biggest reasons that were not mentioned in that list is substance abuse, with that being said substance abuse is a problem that at least 40 percent of the population deal with throughout the United States.

A common stereotype of the homeless population is that they are mostly drug addicts and alcoholics. Although substance abuse is the main concern, the addictions that these homeless people deal with should be viewed as an illness, and should be dealt with a great amount of extensive amount of treatment, which can  be hard to obtain since trying to find a safe place to sleep can be a bigger concern to these homeless people. Breaking an addiction is tough to break for anyone, let alone breaking an addiction of someone that is homeless is close to impossible. Trying to remain sober in the streets could be really hard for a homeless to do since drugs that are feeding their addictions are usually sold on the streets so it makes it very easy to come by. There are many facilities across the nation to help homeless people with their conditions but most of these programs focus on treatments that help these addicts to lean off whatever drugs the addict is abusing.

Needless to say, this epidemic is an issue that the United States has tried to make better and resolving these issues will not happen overnight. Whether these homeless people try to find shelters to have a roof over their head for the night or to even bathe themselves, in order for them to get better there is series of events that need to happen such as finding a job which is close to near impossible since most employers will not hire them. Although qualifying for government benefits and collecting these benefits only last so long and eventually will be diminished by the government.