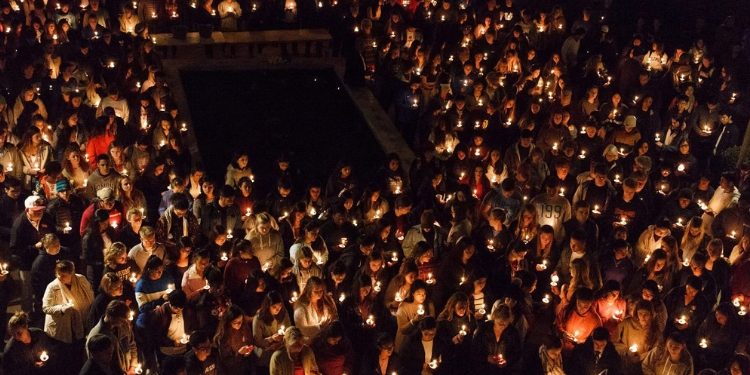 In a quaint little town two young college students have shaken the body of Claremont Mckenna Colleges when during a meeting between the president, several deans, and the parents of a student who had been found dead in his room just a week earlier, a call came that there was an emergency in the dorms.

As the group of officials raced to the dorms, Sharon Basso, the college’s dean of students, was the first on the scene. The dorms were surrounded by police, paramedics and other first responders, only to find a student had died of self-inflicting gun wounds.

In a matter of 7 days, two students at the elite liberal arts school a sister chain of a seven-college consortium in the foothills of the San Gaberial Mountains have died on campus.

On the morning of Feb 19, Jeramy Paterson was found unresponsive in his bed, after his parents had notified the administers they had not heard from him for several days and that they needed to check on him. No cause of death has been determined by the Los Angeles County Corner’s office, however, a administer at the college reported that there had been no indication of foul play.

The most recent death was Eric Cramer who died by suicide in his dorm room early Tuesday morning. According to the college’s rules, firearms are not allowed on campus and that the staff had no idea Cramer had one before his death.

The two victims were both 22, Peterson was from Princeton, N.J. Cramer was from San Diego, C.A.

Both boys were enrolled at the Mckenna Colleges with the class of 2018, however, had not finished their degrees and were taking classes when they passed away. Cramer was majoring in Biophysics and French; Peterson was studying economics and psychology.

President of the small college with a student body of 1,318, Hiram Chodosh said the campus was, “deeply shocked and saddened by the deaths of two students within a week.”

She hopes that even though their deaths have rocked this little community, their tightknit student body would provide those who need it, strength.

“We have the advantage of being a tiny community of people who are very invested in that community,” she said.

Wednesday night a vigil was held to remember the two young boys; Peterson as the chess player and adventurer who was very close to his dad, Cramer as the Bach-loving scientist who had the passion for writing.

Experts at the college counseling centers have reported an increase in the amount of student who has said they have either considered suicide or have attempted it. The Center at Collegiate Mental Health at Penn State University had gathered data from counseling centers at 152 colleges and university in the 2017-18 school year.

The research showed that more than 1 in 3 college students who saw a counselor at the center said they had seriously considered suicide, and 10 percent of students who sought counseling admitted they had attempted suicide in the past.