by Kennedy Adams
in Uncategorized
0 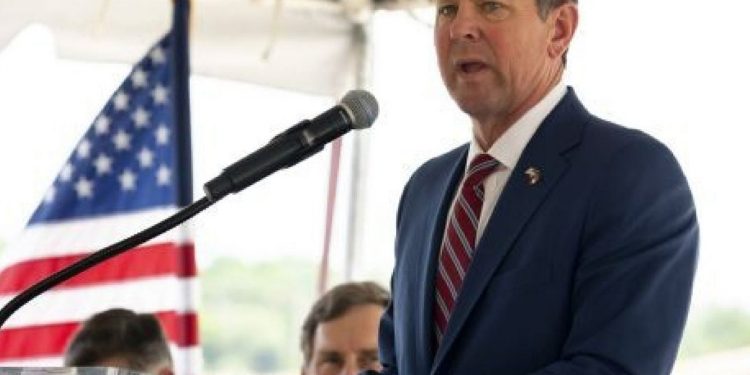 Early Tuesday morning the current Georgia Gov. Brian Kemp signed the state’s controversial “Living Infants Fairness and Equality (LIFE) Act” a sad piece of legislation that would move to ban all abortions after detection of a fetal heartbeat.

By medical definition, a fetal heartbeat can be detected about five weeks into a pregnancy – usually, before most girls know they are pregnant, or experience any noticeable symptoms. Majority of the leading abortion rights advocates call the bill a de facto ban on abortion in the state.

This law is being hailed the title of most restrictive pieces of anti-abortion access laws in the country. According to the American Civil Liberties Union, they vow to file a federal complaint against the legislation before the next voting period in 2020, when the policy change is listed to be executed.

However, supporters of the bill claim, the cases in which rape, incest, or situations when the mother’s health is at risk there will be exceptions made.

The name “heartbeat bills” is becoming a trending move by states that are looking to decrease abortion access. Georgia is not the only state to introduce this kind of law, smaller legislation from 15 countries, including Kentucky, Mississippi, and Ohio have signed theirs into law. However, none of those laws have been successfully implemented into the there system, suggest the reproductive health research organization the Guttmacher Institute.

Despite the controversial outcry, experts claim that those laws are there to serve a bigger purpose:” implementing legal gain to commence the protracted legal battle required to overturn, or at least undermine, Roe v. Wade. The famous landmark 1973 Supreme Court ruling that defends a woman’s right to an abortion up until fetal viability, typically around 24 to 25 weeks.

“The surge in attempts to ban abortion in the earliest stages of pregnancy underscores that the end goal of anti-abortion politicians and activists is to ban all abortion — at any point during pregnancy and for any reason,” Elizabeth Nash, a senior state issues manager at Guttmacher stated in an email to CBS.

According to a study led by Planned Parenthood and Guttmacher, last month within 2019, state lawmakers have written up more than 250 bills banning abortion access. In addition to those finding, PH also found that six-week abortion bans like Georgia’s, are up by 62 percent.

Despite lawmakers efforts, many of those restrictions have been blocked by federal judges. Nash believes that overturning or eroding abortion access, is the only way to slowly chip away at Roe v. Wade, which is preserved by the U.S. Constitution.

“This legislative session could turn out to be the most harmful for women’s health in decades,” said Dr. Leana Wen, the president of Planned Parenthood Federation of America, in an email to the press.

He added: “It’s no coincidence: with Trump in the White House and Kavanaugh on the Supreme Court, anti-women’s health politicians are pushing an extreme agenda to take away all access to safe, legal abortion.”

Many are furious over the law which has been targeted by Hollywood, with a petition started by Alyssa Milano last month, which was initialized by over a 100 celebrities, a few to name: Amy Schumer, Alec Baldwin, and Judd Apatow.

Milano noted, “We cannot in good conscience continue to recommend our industry remain in Georgia.”

“The cost would be most deeply felt by the residents of Georgia — including those who directly work in the film and television industry, and those who benefit from the many millions of dollars it pours into the local economy,” she added.

During an open event in Georgia Kemp confirmed that the entertainment industry employes 200,000 Georgians and produced more than $60 billion of financial revenue for the state.

According to the Guttmacher Institute, Women living in the state of Georgia are required to wait 24 hours between requesting and receiving an abortion, and anyone under the age of 18 is required to notify their guardians.