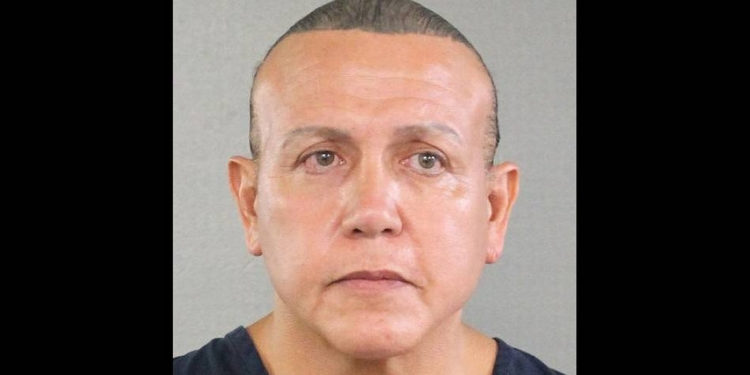 Cesar Sayoc, the man who was arrested Friday, Oct. 26, 2018, and charged with sending multiple bomb-like devices to prominent Democrats and CNN headquarters in New York. Wochit is being described as mentally ill and disturbed.

A lawyer representing the family, Ronald Lowy, said no one in his family including himself didn’t see this coming, although there were signs of mental health-related issues in Sayoc’s life. He said the family believes Sayoc has been mentally ill for 20 years.

In an interview Saturday, Lowy said “The family has always from a young age encouraged him to get treatment and mental health counseling-He refuses and gets angry. He says, ‘I hate you, you think I’m abnormal.’ He just won’t see reality.”

Sayoc’s,56 always had a hard time maintaining any type of job due to his behavior which struck some bosses and colleagues as odd, even leading to one employer to fire him. In 2014, David McDonald, a Miami attorney who represented him was in disbelief by his delusional, and untrue claims on a resume that included being a professional soccer player, an aspiring veterinarian and a financial wizard able to raise struggling businesses from near collapse.

Lowy said he has represented Sayoc in several other prior criminal cases, “And I was the closest in the sense of seeing the legal things that could suggest signs.” He said he was emotionally unstable and showed signs of careless behavior. Lowy said, “He would have trouble articulating concepts, He doesn’t live life in a normal way.”

Lowy said the concept of bomb-making isn’t easy and this leads him to wonder if he was used by anybody or how this bomb was constructed? Lowy has represented Sayoc in four criminal cases, including one with an electric company. But due to the nature of the crime, it wasn’t taken seriously and almost seen as a “joke”.

He shared Sayoc wasn’t a bomber when he represented him in that case, but he said he trusts and believes the FBI and the evidence they will collect.

“If he is, I think the illness progressed over time and got worse and worse and worse, and there’s a message there,” Lowy said. “We need to treat our mentally ill.”Over the last few years, Lowy said he lost track of Cesar after isolated himself and stopped talking to his family.