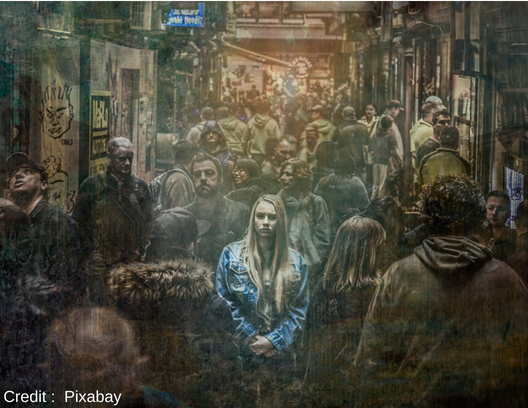 The reports surveyed over 200 hundred diseases and conditions that effect quality of life and evidence showed Depression is the second highest condition on overall health in America, Hypertension or high blood pressure being first.

Data expressed those suffering with major depression are also 30% less healthy than those without diagnosed depression. A decline that steep impacts the lifespan of a person with depression, and both men and women are at risk of losing 10 years of healthy life due to the mental illness.

9 million commercially insured Americans within the analysis are affected by major depression. Across the nation 4.4% citizens are touched by the mental illness, and diagnoses are up 33 percent since 2013, especially in teens and young adults, nearly 47%. Teen girls are ranking the highest, rising up to 65%.

The rate of teen depression is up 5 times what it was 100 years ago. Researchers and Psychologists believe teens are more prone to depression due to the constant  need for instant gratification and the internet. Perfectionism is demanded at all times and the internet is spreading false forms of flawless examples of lifestyles with the swipe of a finger or the click of a mouse.

“The high rates for adolescents and millennials could have a substantial health impact for decades to come,” Trent Haywood, senior vice president and chief medical officer for BCBSA, said in a statement. “Further education and research is needed to identify methods for both physicians and patients to effectively treat major depression and begin a path to recovery and better overall health.”

Women overall are also the most affected and are twice as likely as men to be diagnosed with major depression, 6% of women vs. 2.8% of men.

The rising number of depression sufferers is found widespread, in 49 of the 50 states seeing an increase. Rhode Island saw the highest increase of 6%.

“While major depression is the second most impactful health condition for the nation, it is complicated by an increased likelihood of overlapping diagnoses of other chronic, behavioral health and pain-related conditions,” authors of the report wrote.

The higher number of depression cases could have something to do with the rising number of opioid abuse, as someone who suffers from depression is 7 times more likely to also suffer from an alcohol or substance use disorder.

80,000 people die of suicide every year, which is one person every 40 seconds. 300 million people of all ages suffer from depression, making it the leading cause of disability worldwide.

The numbers are likely an underestimate as well, said the authors, based on people with the BCBS commercial health insurance. Americans all over the nation that are covered with insurance who do report symptoms of depression admit that they had never been diagnosed or received treatment for their symptoms.