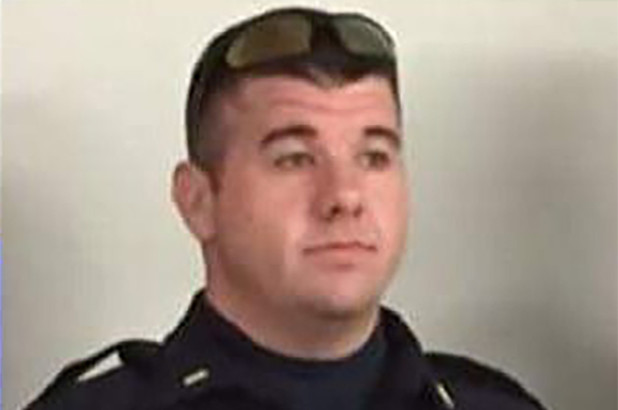 Kirkersville Police Chief James Hughes Jr fatal overdose last May was initially ruled accidental, but new reports show while inadvertent, the drugs he consumed were not. An autopsy released last month said he died accidentally of “acute intoxication by fentanyl.” Now, all signs suggest the drugs ingested where previously seized from police evidence.

Investigators found parcels of fentanyl, LSD and heroin in the Police Chiefs’ home when he was found unresponsive in the bathroom according to Lt. Ron Wright of the Reynoldsburg Police Department. Reynoldsburg is a nearby city to the small village of Kirkersville.

“There was packaging that indicated that he was taking controlled substances from there,” he said Wednesday.

The 35-year-old Hughes was pronounced dead after emergency services responded to a 911 call from his Reynoldsburg home around 11a.m on May 25th. He had been named the part time chief in March after Kikersville former chief Jeff Finley stepped down over conflicts between he and Mayor Terry Ashcraft. The appointed position occurred at a two-minute special village council meeting a week after Ashcraft resigned.

Previous to becoming police chief, an investigation was conducted by the Newark Advocate newspaper showed Hughes was no stranger to scandal, including allegations of a relationship with a woman serving time at the Fairfield County Jail while Hughes was worked for the county’s sheriff office. In addition, Hughes pleaded guilty to a misdemeanor charge of disorderly conduct for a 2013 incident where he allegedly used a racial slur and spit at a worker at a fast food restaurant in Whitehall, Ohio. No replacement has been named yet.

As for charges, if the drugs were taken from the property room then no one would be charged with their sale and therefor no one to charge in Hughes’ death according to Lt. Wright. The Reynoldsburg department is planning to close the case in the next two weeks, after contacting the Ohio Attorney General’s Office.

“It’s kind of gone beyond our level. You’re talking about another agency’s property room,” he said. “We think the state should probably intervene.”

If the attorney’s general office takes the case, a state-level investigation would take place to examine the practices of the entire Kirkersville Police Department. Wright admitted he is no evidence room expert, but there are proper procedures that need to be followed in maintaining an evidence room.

“There appeared to be some practices happening out there that probably someone from the state AG’s office should probably look into,” he said.

Hughes death shows no one is immune from the heroin epidemic that has impacted so much of Ohio and many other parts of the country.

“It’s happening at all different levels and walks of life,” Wright said.

Following Hughes’ death, his wife, Amanda — with whom he was raising three young children — created a “GoFundMe” page to raise $12,000 for funeral expenses, but less than $1,000 has been donated. The Village council agreed to give Hughe’s family $1,500 to help with funeral costs.