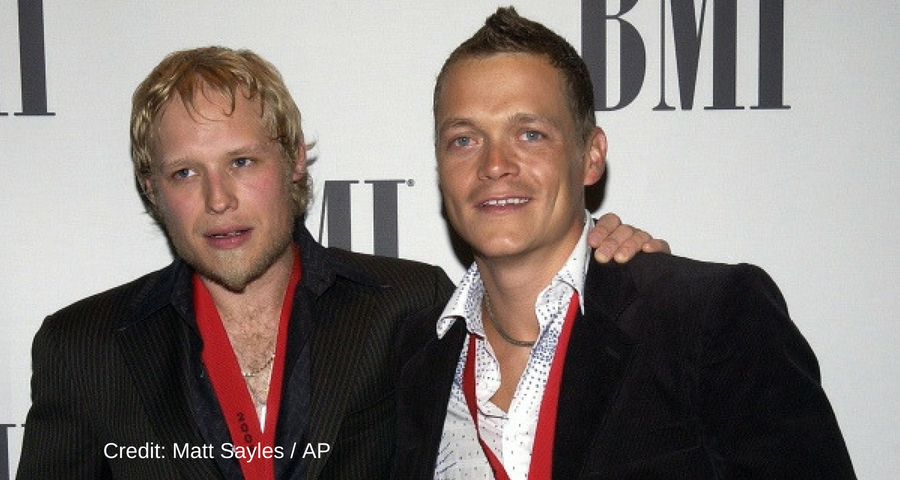 Dr. Richard Snellgrove of Fairhope, Alabama is set to appear for his trial on charges that he improperly prescribed fentanyl and other drugs to the former Three Doors Down guitarist, Matthew Roberts. Roberts was found dead on August 20, 2016 in a hotel hallway in West Bend, Wisconsin with his guitar case nearby and a fentanyl patch on his body according to an affidavit written by a special agent with the US Drug Enforcement Administration. An autopsy found alprazolam and hydrocodone in the man’s system, both prescribed by the MD.

Lawyers and an expert witness for the doctor argue that the guitarist was being properly treated for “chronic to severe” pain in his lower back and severe pain in his hands from psoriatic arthritis, according to testimony from internist and primary care specialist Robert C. McDuff.

“Dr. Snellgrove exercised appropriate medical judgment regarding the care and treatment of this patient and acted well within the usual course of professional medical practice in his prescribing of Fentanyl Duragesic to Matthew Roberts.” Said McDuff.

But the prosecution rejects the specialists’ statement, saying Snellgrove was aware of Robert’s dependence and addiction issues previously to treating him. Their witness, a government expert, psychiatrist and addiction specialist Michael Baron says the patient should never have been prescribed fentanyl or hydrocodone.

“The medical record shows Dr. Snellgrove perpetuated a known addiction,” Baron concluded. “He prescribed large quantities of controlled substances with frequent intervals in a crescendo pattern, progressing to multiple drugs. The prescribing was for trivial complaints that did not require that type or quantity of opioids.”

Matthew Roberts had been seeking relief from his arthritis symptoms because he was recording a new album in the studio. He was given 50 microgram patches of fentanyl in March 2016 and two days later was given 25 microgram patches.

He was also able to obtain prescriptions from the doctor without an office visit or patient note explaining his treatment, which is abnormal for a medical practice. The witness also testified that Snellgrove should have tried alternative treatments for Roberts.

In April 2016 the legendary performer Prince died from an opiate overdose and in May, the prescriptions stopped. Prosecutors will use evidence of text messages between the patient and doctor discussing the death and “During this exchange, Roberts stated that he understood Dr. Snellgrove needed to drop ‘things down,’ ” says a motion filed in the case by Richard W. Moore, U.S. Attorney for Alabama’s Southern District.

After a three month pause, the prescriptions resumed again in July and Roberts was written a prescription for a months’ worth of Fentanyl. A week later the guitarist texted the doctor to tell him a girlfriend of a friend had stolen his opioids including 7 Fentanyl patches.

Roberts told Snellgrove, according to prosecutors: “I’d already gotten rid of the packaging on the fentanyl, so our names aren’t on anything she took.”

Following that text exchange, the doctor wrote another prescription for Roberts, increasing the dose from 50 micrograms to 75 micrograms, according to prosecutors. There was no evidence of an office visit or insurance billing associated with the prescription.

Two days before Robert’s trip to Wisconsin, he visited Snellgrove. When a drugstore he went to was out of the 50-microgram patches the doctor agreed to write a prescription for 75-micrograms and pick them up at a different pharmacy.

If prosecutors can prove that fentanyl killed the 38-year-old guitarist, the sentence is a mandatory minimum of 20 years in prison. Snellgrove has pleaded not guilty to all 13 charges. He faces up to 240 years in prison and up to $2.8 million in fines if convicted. Roberts’ family is also suing Snellgrove and Rite Aid Corp. among others in a civil lawsuit in state court in Alabama. Court records reviled that case is stayed pending the outcome of Snellgrove’s criminal case.

Roberts was one of the founding members of 3 Doors Down when the rock group formed in 1996 in south Mississippi. He co-wrote the band’s hit song “Kryptonite,” which in 2001 was nominated for a Grammy award for best rock song. He left the band in 2012 after their European tour but continued playing guitar and was in Wisconsin to perform with another band at a benefit concert for the military when he died.