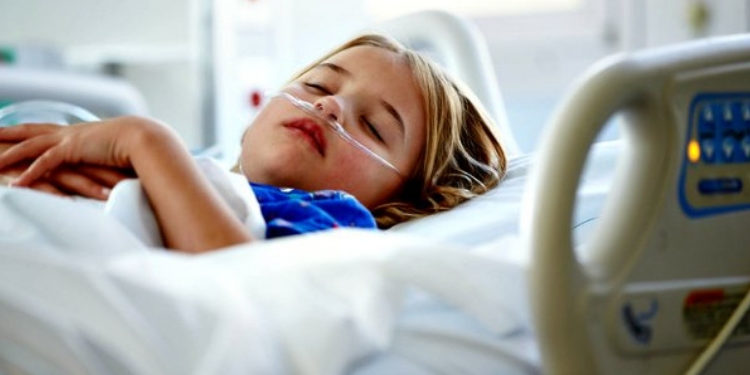 A study conducted on children and adolescents who have infections, such as pneumonia, may more likely to develop a mental illness, the findings were published In JAMA Psychiatry December 5, 2018.

Denmark scientist found that infection-related hospitalizations were associated with an 84 percent higher risk of mental health disorders such as schizophrenia or depression. The children were found to be 42 percent more likely to be prescribed a psychotropic medication, such as an antidepressant or antipsychotic. These medications have side effects that have been proven to be dangerous long-term for the young.

However, according to the study’s lead author, Ole Köhler-Forsberg, MD, a neuroscientist at Aarhus University Hospital in Denmark, only 4 percent of all the children were diagnosed with a mental disorder. He stressed that while infections may tie back to mental health risk, he explained, “this does not indicate a causal relationship.”

He gave a detailed comment saying “Our findings underline that in some individuals, the immune system may play a role in the development of mental disorders,” adding, “the most important take-home message is that there is a close connection between the body and immune system with the brain. It is known that specific infectious agents or the inflammatory response may enter the brain from the periphery. This may, in some individuals, result in an increased risk for mental disorders.”

During the study, Köhler-Forsberg and his colleagues examined data on 1.1 million people born between January 1, 1995, and June 30, 2012. Although they did not investigate if specific infections were more dangerous than others as far as raising the risk of a mental health disorder.

The study shows that even the less-severe infections, such as bronchitis, which is easily treated with anti-infective agents, still pose the risk of acquiring a mental disorder by 40 percent and increase the risk of psychotropic medication use by 22 percent, according to researchers. They also found that mental health risk is at its most vulnerable state the first three months after an infection, and the use of an antibiotic was determined to be another high-risk.

William Schaffner, MD, an infectious disease specialist and a professor of preventive medicine and health policy at the Vanderbilt University School of Medicine in Nashville, Tennessee, who was not involved in the study, says that this research will likely “precipitate subsequent studies that will examine this potential association.”

Dr. Schaffner ponders how the role of depression may play in the mental well-being of people who have a severe infection. He said, “Depression subsequent to serious infections is something I could understand but I wouldn’t expect [something like] schizophrenia to be associated with that.” He questioned if,  “the more severe the infection you have, the more likely you are to be depressed for a period of time during and after the infection when you’re slowly getting your strength back.”

His team also took a look at the grave possibility that socioeconomic status and genetics were factored in the connection between infections and mental disorders. They began to study data on over 800,000 siblings.

Researchers compared siblings who were treated for infection to those who were not, they found that the increased risk for mental disorders was still great among those who had been hospitalized for infections. Although, the risk dropped from a staggering 84% to 21%

According to Köhler-Forsberg, “The findings were still significant in the sibling analyses, this indicates that several confounding factors play into our findings.”

They made sure to note that the maximum follow-up time was 18 years, so they could not determine the risk of long-term mental illness.

Dr. Schaffner says, “The vast majority of people who get infections get treated and recover, and do not become mentally ill.” He assures people they should not be alarmed by the study’s results.

How Can You Tell if You Are Enabling Behavior Stemming from Drug or Alcohol Addiction?