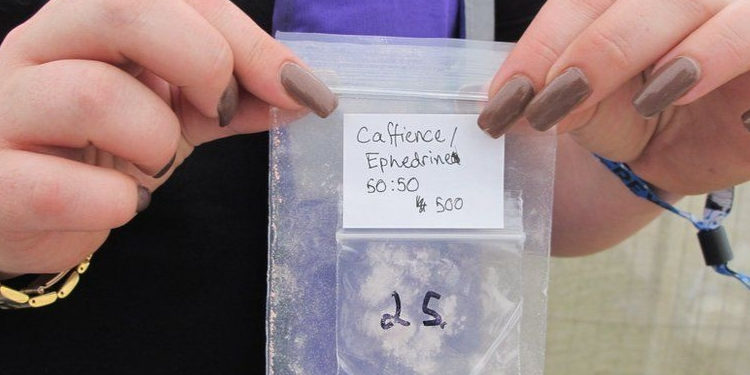 The trend in attending music festivals has skyrocketed in the last 20 years, allowing the underground drug scene to grow. The rise in drug-related deaths accruing at music festivals is cause for alarm around the world. That’s why according to the first academic study of its kind, they believe it can be avoided by testing illicit substances on site. The study has triggered a wave of calls for similar services to be available at all major events worldwide.

Participating testers discovered that one in five substances sold at the Secret Garden Party a four-day festival in Cambridgeshire in July 2016, was not as described by dealers. In fact, they contained ketamine instead of cocaine, while a drug sold as MDMA turned out to be n-ethylpentylone, a long-lasting cathinone that can cause anxiety, paranoia, insomnia, and psychosis.

While others contained pharmaceuticals and cutting agents such as anti-malaria medication, as well as less harmful ingredients such as brown sugar and plaster of Paris.
The Loop a non-profit social enterprise, examined 247 drug samples brought in by anonymously by festivalgoers. Around two-thirds of people who discovered they had substances that were tainted then handed over other drugs to police.

The findings of The Durham University was published online on Sunday in the International Journal of Drug Policy, claiming dealers selling drugs at festivals were twice as likely to deceive customers as those selling offsite, which according to experts said magnified the added risks for festivalgoers.

According to the report, in 2016 when the Multi-Agency Safety Testing (MAST) pilot took place at the Secret Garden Party, UK drug-related deaths and festival drug-related deaths reached their highest on record. But, there was just one drug-related hospital admission at the festival, rather than 19 in the previous year, overall 95% reduction.

Fiona Measham from Durham University’s Department of Sociology and director of The Loop stated, “The service not only identifies and informs service users about the contents of their submitted sample and provides them with direct harm reduction advice but this pilot tells us they spread the information to their friends.”

Despite the organization’s efforts voluntary drug-safety testing at festivals has been resisted by some major event organizers. Although Measham hopes the new research could change the way organizations handle the current drug problems that exist on their grounds.

She said “As a cutting-edge, and some might consider controversial, service it is imperative that we evaluate the impact of the introduction of drug safety testing in the UK, also saying “This paper is a first small step towards this.”

The study brings to the light the warnings about specific dangerous substances identified by onsite chemist were quickly shared on social media, reaching out to festivalgoers across the country.

However, critics argue that public drug-safety testing could “normalize” illegal drugs and encourage more people to take them. Although Measham argues that Loop staff told all who used its services that the safest way to take drugs was not to take them at all.

In conclusion to the study, Freddie Fellowes, owner of the Secret Garden Party, said the results drove calls for drug testing to be done at all major events through the roof. He said, “The Secret Garden Party was incredibly proud to be a part of the first meaningful advance in over 20 years in harm reduction strategy, the results of which surpassed even our hope and expectations. In the future, this facility should be required at all large events, not fought for.”