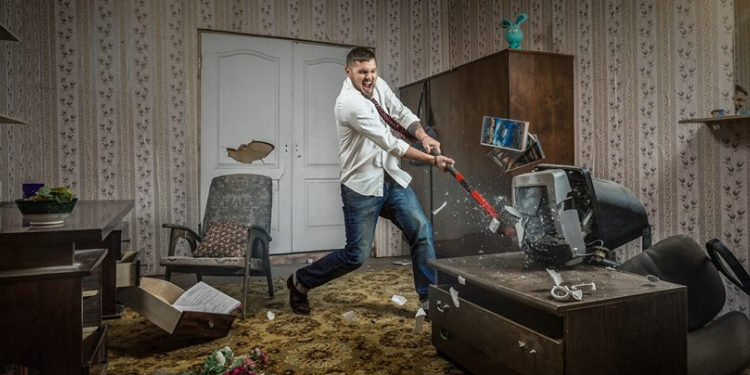 The thought of smashing things to relieve stress is becoming a go-to thing for many businessmen and even some families. The more grown-up way to throw a tantrum is making headlines in America thanks to Japan debut of a rage room back in 2018.

Rage rooms, also known as smash rooms or anger rooms, have opened in cities around America and around the world offering a safe place for people to smash their way out of anger. These rooms allow you to hurl a plate across the room, smash anything you wish with a sledgehammer.

The rage room first opened in Japan in 2008, since then the rage room has made its way around the world spreading from Serbia to the United Kingdom to Argentina. The USA has welcomed this form of stress releasing therapy, opening up new rooms in cities including Charlotte North Carolina, and Tuscan, Arizona just in the past couple of months. Just last month rage rooms have opened up in Milwaukee; Rochester, New York; Hampton, Virginia; and American Fork, Utah.

What’s the cost of these rage rooms? Well pretty affordable, but like any treatment, it varies city to city. For example, in In Glen Burnie, Maryland, you can pay as little as $15 for a BYOB package – that’s bring your own breakable – if you want to destroy some keepsakes of your own. Although in New York City, you can see prices of 95$ for the Couples Therapy” the package comes with, electronic items, such as a printer or laptop, and two buckets of dishes, such as ceramic plates,mugs, and bowls.  The great Los Angeles area you can pay up to $300 for the “Overkill” package, which comes with 100 items such as printers, wine bottles, and computers.

Many are saying rage rooms are very unique due to the consumers wants and needs. Many people according to Maxwell Luthy the director of trends and insights at Trend Watching, use these rooms as a way to relieve the stresses of work or everyday life, rather than anger management control. “So, you have an anxious consumer who needs to let off some steam, and this provides an experience for them,” Luthy said. “This is more substantial than a unicorn Frappuccino.”

Many ask why go to a rage room? According to Mary Babic, a co-owner of the Smash Room in Daytona Beach, Florida, says costumers have flocked to these smash rooms as a form of stress relief and a way to deal with depression or anxiety. Babic said, “When we talk about, it, we literally just talk about relieving that pressure you didn’t even know was there, we actually talk about the fun of it.”

Vantroy Greene, who opened the House of Purge in Charlotte, North Carolina, in May, said the need to relax unifies his clients. “I feel like there’s a lot of people who need an outlet from family stress or just the stress of life,” Greene said. “There’s a lot of people who work out every day or pray or meditate, but you might like to break stuff. That first time you smash a bottle, you’ll just get it.”

Kaki King, a guitarist from New York City is a customer of Rage Industries located in Seattle while she was on tour. Her experience surprised her, normally she is not a violent person but thoroughly enjoyed her time in the smash room. She said, “I was the most surprised by the fact that someone like me – I consider myself calm, peaceful, measured, not quick to anger at all – (would) actually be expressing anger physically, even against these inanimate objects.” Describing her 20-minute session “ cathartic” even cried in the middle of it, really getting into it in a way she never expected.

The demand for rage rooms is due to the experience they offer for anyone to enjoy. Greene owner of House of purge rage room says he has had more than 1,100 visitors since the opening in May, which included bachelorette parties to a company building events even families with children as young as 7 years old. “I would have assumed it would have been men,” Babic said. “It’s funny how many women come in who never thought they would do it, but they want to relieve some stress, and they think that’s a good way to do it.”

Some therapist have recommended rage rooms to clients to address their anxiety, with one man who keeps a monthly appointment due to the stresses of work. Although some mental health doctors doubt the effectiveness of the rage room, Scott Bea, a clinical psychologist at the Cleveland Clinic, shared that rage rooms can be a fun activity but should not be substituted for seeking help and communicating. Scott said, “It’s not particularly therapeutic for people who have anger problems, just because they throw something doesn’t mean they aren’t going to throw something again in the future.”

With that being said many people in the business world or even just the average mom of four understand this is not the only way to treat their mental health issue but rather a way to handle the stresses of everyday life in a fun way. Many people who are seeking treatment find it a daunting task due to the stigma behind it, rage rooms allow a bit of release from the normal therapy chair and white walls.