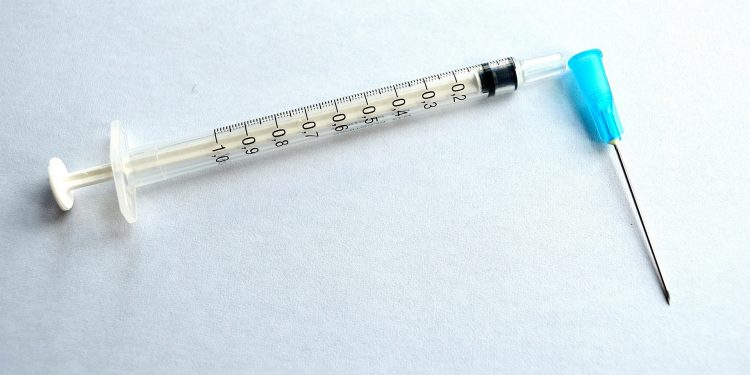 DNDi clinical trials aimed at discovering better pediatric HIV treatments under a phase I and II study called Lolipop is underway in Uganda.

The Lolipop study has enrolled participants to test a drug called 4-in-1 to obtain data useful in identification to be used in designing treatment plans for better outcomes of pediatric HIV, which is often overlooked.
“Children with HIV have been deeply neglected until recently. We are proud to be part of this study, and more importantly, we are happy that finally, people are investing in pediatric HIV,” said a Mbarara center study coordinator.

DNDi is banking on the hope of good results of the 4-in-1 medication as it promises to be a significant breakthrough in the management of pediatric HIV and if successful it may replace the current pediatric HIV treatments which are sub-optimal, difficult to administer to children and no longer approved by WHO.
The participants are being given the prescription to use the 4-in-1 drug that contains WHO recommended treatments which are lopinavir, ritonavir, lamivudine, and abacavir fused granules which are taken with food including water or breast milk.

The clinical data from both phases I and II of the Lolipop study as they administer the 4-in-1 drug to infants and young children will be collected for future use. Apart from HIV screening and enrolment into the Lolipop program, the study is involving the services of social workers to teach the participant caregivers on the correct use of 4-in-1 at their homes.

Pediatric HIV is a burden medical problem in low –income and middle-income countries who are struggling with managing PMTCT. Most of these countries are African countries with the highest burden being reported in Sub-Sahara Africa at 90% who stand to benefit from the successful research.

The Lolipop study testing the 4-in-1 research from early research stages has been rigorous and involved teamwork comprising of many specialist organizations ranging from drug manufacturers to clinical intervention specialist who tested the first needed breakthrough study. That led to the registration of a 2-in-1 drug comprising of lopinavir and ritonavir before commencing the 4-in-1 fixed-dose combination study.
The current study is elaborated to have been preceded by research phases which started from the year 2012. The 2019 survey on the 4-in-1 was announced in 2018 after approval to proceed from the 2-in-1 study developments. The 4-in-1 study introduces flavor and ability to enable a simple combination of the

medication with food, and if it passes the safety and acceptability test, it may be approved for worldwide use.
The 2019 4-in-1 study is preceded by another testing phase done in 2018 that used volunteers to test on the safety, acceptability, and efficacy of the 4-in-1 drug. The initial development commenced by taste masking test by volunteers in 2016 after choosing 30 formulations examined from 2014 and approved in 2015.
In 2012 when the 4-in-1 drug was formally announced for study, 3.4 million children and infants were HIV positive worldwide and risked death at any time. The estimates indicated that more than half of 3.4 HIV positive children were going to die before turning two years old, and 80% were going to die before their fifth birthday.

The initial design of the research intended to shift from severe conditions of having to preserve HIV drugs inexpensive conditions requiring refrigeration to simple dosing of palatable with food, water, or breastmilk. If this is successful, it will ease the treatment of pediatric co-infections with HIV and reverse the statistics which are some children was exposed to HIV drugs before birth, and some had co-infection with TB at the time.