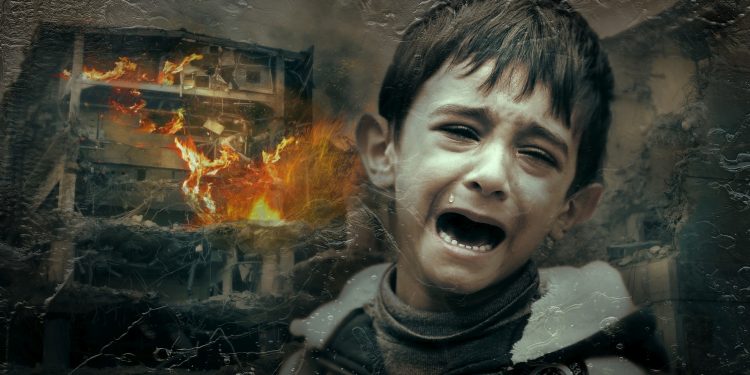 A WHO report indicates that mental health cases are burdensome in conflict settings within 5 years in conflict and after 10 years of conflict. It is sure to find mild and severe depression, anxiety, post-traumatic stress disorder, bipolar disorder, and schizophrenia, and is higher than the global average on the worldwide burden of diseases-as indicated by research which is now increasing in conflict and post-conflict settings focusing on the plight of mental health problems.

The report titled New WHO prevalence estimates of mental disorders in conflict settings: a systematic review and meta-analysis state that it is sure to find in mild and severe types of mental illnesses which are depression, anxiety, post-traumatic stress disorder, bipolar disorder, and schizophrenia.

“Our study identified the sustained presence of high prevalence of mental disorders in conflict-affected countries, making a compelling case for global humanitarian, development, health, and mental health communities to prioritize development of mental health services in conflict and post-conflict settings. The burden of mental health disorders is high in conflict-affected populations. Given the large numbers of people in need and the humanitarian imperative to reduce suffering, there is an urgent need to implement scalable mental health interventions to address this burden. This review estimates that more than one in five people (22.1%) in post-conflict settings has depression, anxiety disorder, post-traumatic, bipolar disorder, or schizophrenia and that almost one in ten people (9.1%) in post-conflict settings has a moderate or severe mental disorder at any point.”

The research was conducted only on mental health cases in conflict-induced crises outside public health emergencies such as Ebola proved that conflict has the most severe mental health consequences replicable on the 68.6 million people in the world displaced by war.

The research studied people living in conflict-ridden areas in low-income countries and excluded refugees resettled in high-income countries since the environmental circumstances are different and presented a possibility of inaccurate data.

The research reviewed 129 studies published between January 1980 and August 2017.96 research were on post-traumatic stress disorder, 70 studies were on depression, 38 were on anxiety disorder representing studies from 39 countries.

Contrasted with data of 2016, it discovered that the severity of mental illnesses in conflict areas are increasing and is five times higher than the global mean of the burden of diseases. It is worsened by the fact that in emergencies, mental health issues are often overlooked. The mild mental illnesses cases clinical significance can be questioned, and severe psychological disorders are always neglected.

Some of the reasons for this occurrence is that in emergencies the experience and expression of mental illnesses can be controlled by many factors, and there is the existence of significant differences in previous data on psychiatric issues in conflict settings and also in major emergencies.

Another explanation is that intervention on mental health is further impeded by a problem that many studies do not give detailed information on translated data, didn’t define what applies to what culture and there is no information research instrument testing to ascertain that the data obtained is accurate. For psychiatric cases, it is said that context definition is critical.

WHO and UN High Commissioner for Refugees has a developed a guide for interventions, the mhGAP Humanitarian Intervention Guide to provide mental health services of moderate and severe disorders for non-specialized health-care settings.

Also where it is being used in emergency cases, the results are useful for refugees in South Sudan, Pakistan, and Burmese refugees, but more specialist is needed to join the intervention.

It is recommended that additional aimed at eliminating inequalities such as the start of income generating activities, provision of adequate humanitarian aid in the provision of essential health services and livelihood support will help rebuild lives better.