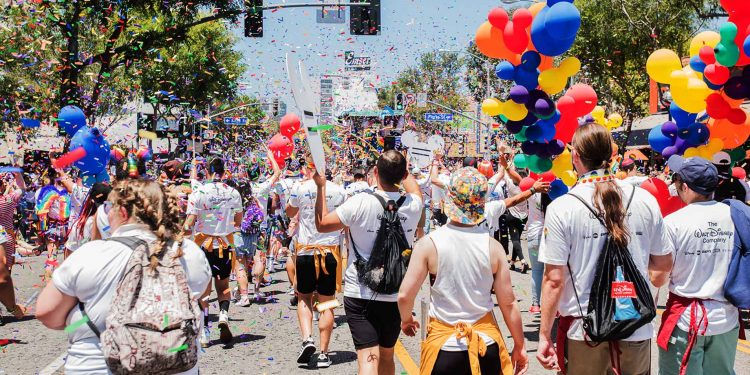 The Streets of L.A. seemed to be a river of rainbow with flags flying high to represent the month of June. Pride L.A. took to the streets this weekend, as people of all ages and color crowded Santa Monica Blvd. Thousands of people turned out for the opening festival Friday-night at the West Hollywood Park and a Dyke March at Sal Guarriello Veterans’ Memorial. The show included appearances by LGBT supporters and leaders, a vogue ball and drag show and performances by Todrick Hall and Paula Abdul.

The Annual celebration is not only celebrated within the city of L.A. it has created a voice across the globe. The millions of people who have fought for their right to be who they are has started a movement felt by everyone in these cities that hold the parade. The 2018 L.A. Pride festival saw around 170,000 participants and spectators come together in a show of unity and authorities have warned residents that 2019 will be even more significant.

June 2019 signifies the 50th anniversary of the Stonewall Riots in New York City, the event that birthed the modern Pride movement in the United States. The first L.A. Pride parade happened a year later in 1970 and has continued to spread worldwide since then. “The LGBTQI community has come a long way in the last 50 years. It has not been without heartache, pain, sacrifice, and growth,” said Phil Wilson, founder of the Black AIDS Institute, community activist and the parade’s Community Grand Marshall during a press conference.

According to a Times report story, the Los Angeles Police Commission predicted violence and demanded the organizers submit a $1,500 cash bond. A judge, however, rejected that requirement, citing constitutional guarantees of free expression during the first pride LA year 50 years ago.

Two hundred thousand attended the 1989 parade, during the height of the AIDS epidemic and included counterprotesters from a Christian fundamentalist group, which you still see today. However, year by year, the gated circle of protesters has continually decreased every year. This year’s theme was #JUSTUNITE.