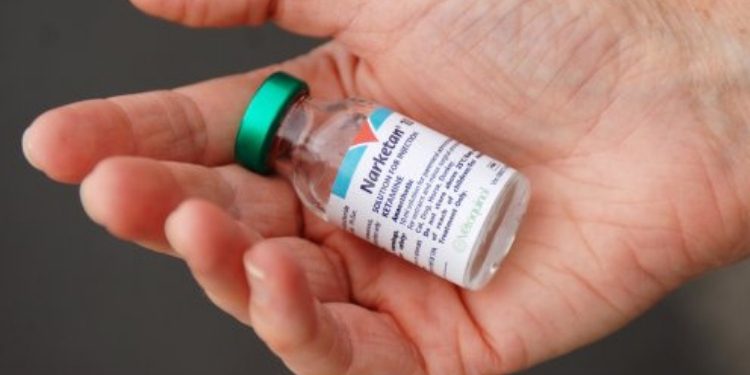 The drug Ketamine has battled countless hurdles in trying to become a mainstream significant depression treatment, and the coming months looks like that may just happen.

Early this week, an independent panel controlled by the FDA met to discuss whether a nasal spray version of the drug developed by Johnson & Johnson should be approved by the agency. In the popular vote, they all agreed the drug’s benefits outweigh its risk when it comes to treating depression that has not responded to other traditional treatments. Yet the approval must come with conditions.

Ketamine is among the drugs that have sparked controversy in the medical world. Initially, the drug was used as a sedative for people and animals, becoming a common party drug, due to its euphoric/ disorienting high. Despite, the abuse in the party world doctors around the world have been experimenting and studying the medicine, using small doses of ketamine as a treatment for depression.

The compelling aspects of ketamine as antidepressant stems from its effects in boosting peoples mood within minutes to hours, where other traditional antidepressants can take months to work. The quick response is crucial for people in the middle of a crisis who are struggling with suicidal ideation.

Depression has remained an off-label use for ketamine, also is normally administered via an iV in specialized clinics, making it almost possible for people to gain access to the drug. Another factor that has made it difficult for the approval of treatment is the small-scale trials that have been conducted making it hard to prove that the drug is an actual effective treatment for depression.

The company Johnson & Johnson’s aims to address these issues if the version is approved by the FDA. Besides the version being a convenient nasal spray, the companies version is modeled after a chemical similar to Ketamine, esketamine. J&J hopes that Esketamine would provide treatment without the side-effects of sedation and dissociation while delivering the appropriate antidepressant effects.

Johnson & Johnson believe that the new drug would be a ‘Breakthrough Therapy designation’, a process known to speed up the review of potential treatment for a severe or life-threating condition.

Under the 17-member panel, more than 75% of the voted for approval, with 14 voting yes and only two no, with one abstaining. Panel member Walter Dunn, a professor of psychiatry at the University of California, Los Angeles and psychiatrist at the VA, referred to the drug as “game-changer” for depression treatment.

The reason behind the overwhelming approval comes from the way the drug would be administered and handled. During the most recent study, patients reported experiencing side-effects within two hours of a dose, therefore the FDA suggested that it would likely approve the drug to be taken only in certain licenses health care settings, where patients are monitored and supervised for a period of two to four hours. The idea of being managed comes from a more extensive “Risk Evaluation and Mitigation Strategy,” or REMS, program for the drug.

According to the reports, the dosage of ketamine given for treating depression is much lower than what people use to get high. Yet, doctors still worry about the potential risk of abuse and addiction, highlighting the reports taken from patients becoming dependent on the drug.

The FDA announced their proposed restriction of how the drug would be made stating, esketamine would be given twice a week for the first month along with a new oral antidepressant, then weekly for the next four. After, patients are given the option to stay on a weekly schedule or switch to every other for as long as they need. Patients will never receive their doses unless supervised by a licensed doctor or technician.

As it seems J&J’s drug will earn approval from the FDA, which would make it the first new kind of depression treatment approved by the agency since Prozac’s arrival in 1986 (and only the second drug ever approved for treatment-resistant depression, after the approval of a combination olanzapine/fluoxetine pill in 2009).

A final decision on the issue is said to come as early as March.