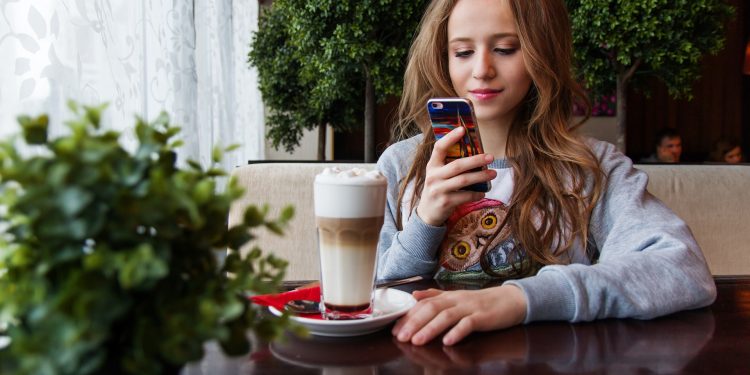 Smartphones and drugs seem to be sisters when it comes to addiction. The idea of comparing smartphones to drugs may sound drastic. However, thousands of studies have proven this statement right. The reality of giving a child a smartphone or tablet is becoming the normal thing to do as a parent. But experts caution all parents, claiming that these devices have the same effect on the young brain the same way drugs do. According to an addiction therapist in the UK,  he noticed the growing smartphone addiction among teens as the age of technology expanded at fast rates. Millions of people spend hours on their phone daily, scrolling down pointless images and comments. Many millions make a living from the palm of their hand, and millions use their devices to keep up with their current obsession or current political craze. Well, as crazy as it sounds, scientists have proven that this routine of using devices has the same effect as drugs or alcohol. Studies have suggested that when people are “coming off” these device routines, they show symptoms of withdrawal. The situation has transformed from funny and a joke to a full blown addiction epidemic

Jennifer Ihm from the Kwangwoon University in Korea published a study that highlight the addiction to smartphones. Her case study involved 2,000 12-year-olds. The professor noted that addiction might affect children’s psychological and physical health. She also noticed patterns in children’s academic success at school, which seemed to deteriorate as the smartphone use increase. It is reported that 50% of teenagers use their devices daily.

Almost 84% of these teenagers reported that they wouldn’t be able to survive a day without their smartphone; this addiction also caused signs of depression, anxiety, neck/ wrist pain, sleep disorders and feelings of loneliness. Another term that has entered the dictionary since the use of smartphones and social media is ” FOMO” THE FEAR OF MISSING OUT. Health experts highlight the signs of addiction if someone keeps checking their phone regardless if rang or not. If spending time away from the phone gives the person anxiety and stress, or leads to poor grades or work performance. People also report losing interest in other hobbies and loved ones.

Just like any other addiction, patients deal with the stages of recovery, such as feeling anger, depression, tension and restlessness.

Parents are the biggest influencers in a child’s life, setting the example of healthy behaviors. According to the journal Paediatrics Child Health, parents are the ones who can easily prevent this addiction: Stop using devices in front of the children all day, this sets an example that is on the phone may not be appropriate all the time. Stray from using the phones at the dinner table; this teaches children to be present.

A study conducted by professors Jean Twenge and Keith Campbell from San Diego State University examined data from over 40,000 children in the US. The ages of the collected data spread between 2 and 17. The data showed that the more a child uses their devices, the more damaging it was on their emotional health and well being. For example, the study showed that over half of the children who use their phones for 2 hours or more tended to lose their temper and couldn’t calm down as smooth as others would. Kids between the ages 2-5 shouldn’t use a phone as evidence proved it affected their mental health.

Spending four or more hours a day on devices makes young children argumentative and anxious, and they will also experience a lack of curiosity. Experts have also claimed that it also makes adolescents less friendly, leading to bullying or other mental health issues of isolation.

Technology isn’t going away; this is why mental health experts have cautioned parents to limit the amount of time that they let their children spend on their phones. Children under five should only use devices for one hour, grade school ages and teens should only be allowed two hours. Preventing this addiction is easy, stopping techonology is impossible.

The Problems of Alcoholism

The Problems of Alcoholism