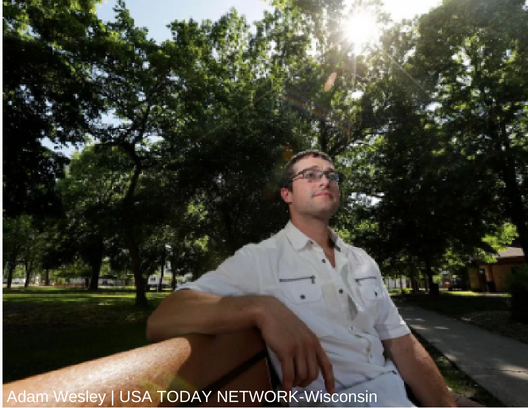 Last year, a Wisconsin news company has followed up with two former drug criminals who had graduated a treatment course accompanied by Vivitrol shots and heavy counseling. Back then; the program was a lifesaver for the two patients.

“I’m not a slave to the obsession of the addiction,” said Dan Olson last summer.

Soon after, both men relapsed. They became confident in their sobriety and without their shots and counseling, their addictions over took them once again.

“It was kind of like a very drastic, abrupt shift from not wanting to use at all to all the sudden being an addict again,” explained Olson.

Once he was released from probation, he lost control. “Two days after, I relapsed on opiates. On the second day of relapsing I overdosed- basically died. Had to get Narcan’d,” he said.

But that didn’t stop him, and he kept using.

Even after reaching out to the Department of Corrections for assistance, they told him his program had ended, they couldn’t pay for the $1400 a month shots he needed to keep on his sober path.

Lecker blames his relapse on a lack of access to his drug addiction counselor. “I hadn’t built a support network,”

“I think an after-care program following the one-year real strict guidelines would’ve been great,” said Lecker. “I mean, even being able to go talk to a counselor every couple weeks or as needed would’ve been amazing. Just something I could schedule and say, ‘Hey, I’m not doing so good. Do you think I could come in and talk?’”

When his probation ended, he fell back into legal troubles, but was able to get into a relapse prevention program. Every week he attends a 90-minute class with other addicts and takes drug tests regularly.

Olson has been able to back on the Vivitrol shot using his own insurance and a doctor at a local mental health facility. He’s working full time and has been sober for a few months.

Although the men don’t personally know each other, neither was surprised at each other’s outcomes. But by sharing their relapses they hope that the Department of Corrections will hear about former participants experiences, and taper the Vivitrol program a bit more gradually with more support to ensure their lasting sobriety.

“It sort of is a disease going on with addiction because when I take this medication, I’m not a crazy addict that’s just like spiraling out of control, and I can live a normal life and pursue my ambitions and stuff,” said Olson.

Tristan Cook, the Department of Corrections spokesman would not confirm whether or not the department actually tracks the graduates after the program ends, or if there are plans to extend the program.

“While I’m unable to discuss treatment provided to specific offenders, the Department must balance the treatment needs of offenders with the responsibility of holding them accountable for failing to comply with the rules of their community supervision, which may include criminal behavior,” wrote Cook in an email. “Participation and completion in substance-use disorder treatment provides is vital so individuals have the tools necessary to effectively reduce their risk of relapse.”