While Concern on the Opioid Crisis Rises, A Group in San Diego Has Begun to Act

by Jason M
in Featured
4 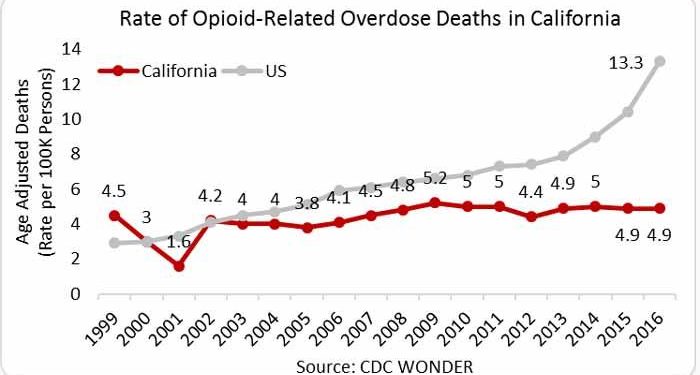 A potentially “Life-saving” drug has been making a lot of noise in San Diego County today. The awareness group, Moms United to End the War on Drugs, held a training seminar in Kearny Mesa to educate and train participating residents in the administering of this anti-overdose medication.

The drug Naloxone, also known as Narcan, comes in form of a nasal spray and is used to treat individuals suffering an apparent opioid drug overdose. The simple to use nasal spray makes it easy to for any first responder to administer life saving drug.

San Diego Police Department Eastern Division started carrying Narcan in July and have confirmed reports of its use on four separate occasions in the previous months. The officers in Chula Vista along with other first responders in the county started carrying the life-saving drug this last month due to rising public concern of opioid overdoses across the country.

According to the group THE NEW PATH (Parents for Addiction Treatment and Healing), One person dies of an accidental overdose in the United States every ten minutes, with a staggering 72,000 deaths in 2017 alone.

While California’s 2016 average of 4.9 deaths per 100,000 persons is well below the national rate of 13.3, the overall rate of deaths in California has remained the same since 2012 as depicted in the graph below. (National Institute on Drug Abuse: California Opioid Summary)

Mothers United’s hope is that through education of the public in basic first response techniques, that they could help save hundreds if not thousands of lives from accidental opioid overdoses. These training seminars not only educated their participants in administering of the drug but also gave free doses in hopes that their efforts may begin to help the residents of San Diego County immediately.

San Diego County Reporter Gaby Rodriguez spoke to Project Manager April Ella who told her “It should be as easy as calling 9-1-1, rescue breathing and administering one or two doses of Naloxone, making sure they seek medical attention after.”

Pete Wagner, a recovering addict, attended the training seminar to share his story with his battle of addiction. He along with the recovering addicts and family members explained their appreciation for the work the Mothers United doing, where he explained that “knowledge is key” and knowing how to help as a first responder can save lives in situations where every minute counts.

The reporters were fortunate enough for Mr. Wagner to share the details of his addiction stating, “I started smoking weed very young like eight or nine, went to treatment for the very first time at the age of 13 for cocaine and oxy.”

Wagner stressed “It’s important to have compassion for people that are addicted to drugs, reach out to them and let them know that you love them.” His statements reflect the ideals held within Mothers United, an organization whose primarily belief comes from having compassion for people struggling with drug addiction.

An important note that authorities want to be made known are the amnesty laws regarding reaching out to 9-1-1 services. There are never any legal repercussions to calling emergency services due to the risk of loss of life as in the case of opioid drug overdoses. The first responder calling emergency services as well as the recipient are granted this amnesty to not deter people from calling these lifesaving services.

The FDA approved the use of Narcan to treat opioid overdoses back in 2015 and can range anywhere from $150 to $700.