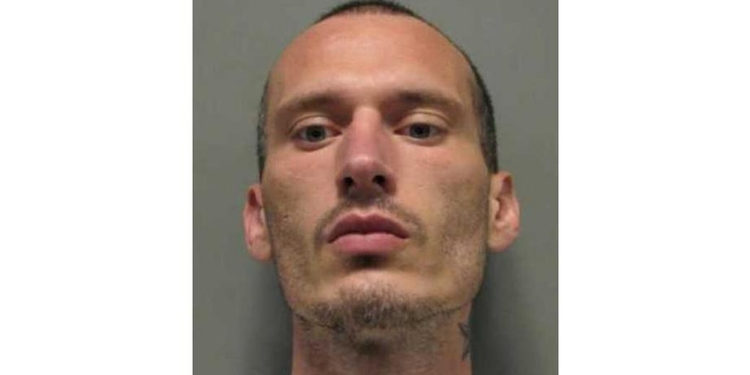 It all seemed like a normal first date to  a 24-year-old female, but took a dark turn and turned  into a nearly 24-hour-long Night-mare of roofies, human trafficking, and illegal drug trades

The date began on a popular dating app, called SKOUT, which sets up complete strangers based upon their phones’ GPS coordinates and likes. The female victim matched with Kyle Hilliard, 30, of Gaithersburg, on Aug. 1. After A series of sexual messages to one another throughout the day, Hilliard asked the victim take a Lyft to a house located along the 900 blocks of Wild Forest Drive in Gaithersburg. The young women didn’t hesitate and was on her way.

To start the night police stated, the 2 drank alcohol and smoked pot prior to having consensual sex. It was then that Hilliard opened up to the women and shared that he just recently left prison. He also shared the way he was making his income by selling drugs. When Hilliard shared the information with the women, it terrified her. Shortly after the confession, she asked to leave, Hilliard then grabbed the female by the neck and firmly stated he now “owned” her and would use her to “make some money.”

Shortly after the attack the victim regained her breath, she told police, she watched Hilliard cook a white powdery substance on tin foil over the cooking area stove. Which would later be identified as Heroin. Although, Hilliard reportedly informed the victim the dish was for “mollie” and “meth” and explained that they would soon leave for New York to buy more drugs.

The suspect kept the victim without water and food for the time they spent together, but he did allow her to drink a milky substance which made the victim fall unconscious. When she woke up, she discovered herself lying naked on a bloody cot-like bed an unknown basement. The victim noticed a box of unopened condoms and a fresh needle mark in her arm. She assured police she never injected anything in her life.

In a state of confusion, the victim aimlessly walked upstairs and discovered her phone, which had a number of freshly produced dating app profiles made by Hilliard. Messages within those apps were actively marketing sexual acts in exchange for cash. One guy had actually already provided $100 for sex with the victim and had last indicated he was on his way to the Wild Forest Drive address. Court files do not indicate if that guy made it to address prior to the victim waking up.

Once she was awake and clothed, Hilliard supposedly forced the victim to join him in a Lyft bound for DC in order to provide drugs to consumers. Hilliard left the victim alone in the Lyft while making each delivery. During the final drop off, the victim bolted towards an alleyway where she purchased a Lyft of her own and escaped.

At the beginning of Agust, personnel at Adventist Healthcare Shady Grove Medical Center in Rockville carried out a sexual assault test on the victim. At the same time, investigators served a search warrant on the home Hilliard was living in, finding “items of evidence … match the victim’s story,” court files state.

Hilliard is just out of prison and recently divorced is now going to face up to 55 years in prison on charges of second-degree rape, human trafficking, second-degree attack, and false imprisonment. He is currently in Montgomery County custody on a no-bond status. Hilliard’s next court date is scheduled for Oct. 19, at the Montgomery County District Courthouse in Rockville. No defense lawyer is listed in court documentation.