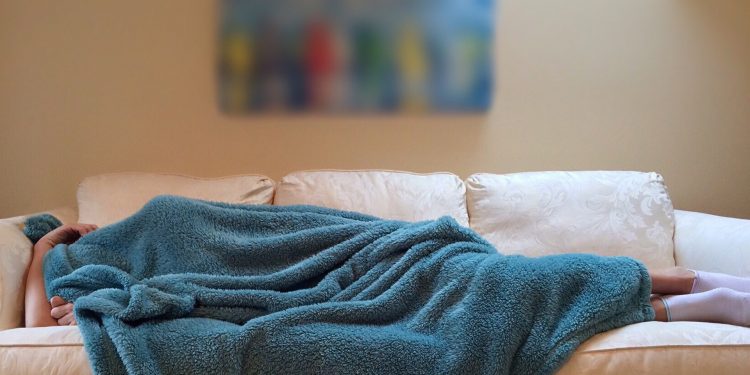 According to consistent data from the National Institutes of Health (NIH), every year around 50,000 people in the country learns that they have Parkinson’s disease, a chronic neurological condition that impairs a person’s motor function and exposes them to other neurodegenerative problems.

The mystery behind what causes Parkinson’s disease is still unknown, although they have recently identified a few risks that can predict if a person has a chance of developing this condition.

A few include a person’s age and sex as well as some genetic factors. They still face multiple challenges that will allow them to establish beforehand who is likely to develop Parkinson’s disease.

Still, a team of experts from McGill University in Montreal, Canada worked together to see if one factor stood out- a common sleep disorder known as REM sleep behavior disorder (RBD).

The condition RBD occurs during the REM phase of sleep when the body becomes completely paralyzed. The inability to move hinders people from physically acting out a dream that they may be having and, in the end, stops them from harming themselves or others.

However, people with RBD do not pose this paralysis, meaning they end up acting out dreams without knowing they are doing it.

The research shows that most people with RBD report developing Parkinson’s disease; this is why the team at the McGill University aimed to discover whether people diagnosed with RBD could predict risk for Parkinson’s.

Dr. Ron Postuma lead author and his team note that if they can pinpoint this sleeping disorder as a predictor, this could allow future specialist to identify people at risk early on and offer them specific therapies that could prevent or delay the development of the neurological condition.

To establish those connections between the two conditions, researchers analyzed 1,280 people with REM sleep behavior disorder across 24 facilities of the International RBD Study Group.

They carefully analyzed the participants motor function, cognitive abilities, and sensory abilities for many years. After 12 years, the team followed up and found that 73.5 percent of those involved had developed Parkinson’s disease; they predict the other percentage will most likely develop the condition.

More interestingly, the people who had reported motor function issues over the period had a threefold increase in developing Parkinson’s disease or similar conditions like dementia with Lewy bodies.

They also added that people who were at high risk had developed cognitive impairment or started to create problems with their sense of smell.

The team concluded that the findings confirm that the presence of RBD is, undoubtedly, a strong predictor of Parkinson’s disease. More importantly, because the experts examined data from centers across North America, Europe, and Asia, which means the results apply to almost every population.

Researchers urge people to educate themselves on the methods out there that asses the risk of Parkinson’s disease, known as dopamine transporter imaging, the current test are easy to conduct and inexpensive.

Dr. Postuma and colleagues, explain that Dopamine transporter imaging examines the integrity of the dopaminergic system, which generally becomes settled in parkinsonism and Parkinson’s disease. However, the test is difficult and very expensive in comparison, assessing the early risk factors that the recent study recommends is the best and cheapest option.

“We confirmed a very high risk of [Parkinson’s disease] in people with a REM sleep disorder and found several strong predictors of this progression,” records Dr. Postuma.

“As new disease-modifying treatments are being developed for [Parkinson’s disease] and related diseases, these patients are ideal candidates for neuroprotective trials.”