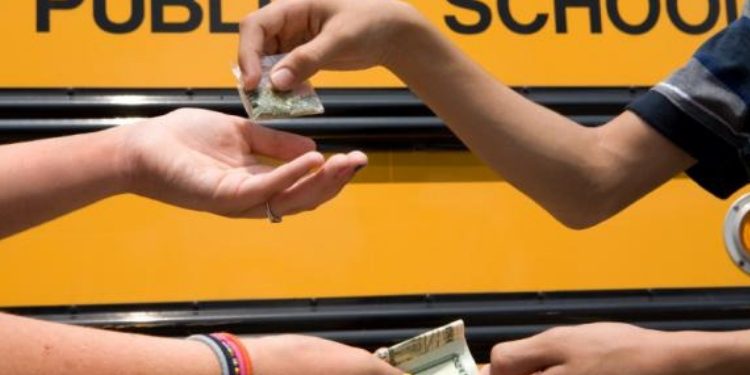 New Jersey’s battle with the legalization of marijuana has been the center of controversy. As the movement continues to grow across the country, experts are urging smokers to be cautious about the dangers of using marijuana at an early age.

Thanks to a new study published in the medical journal JAMA Psychiatry researchers studied the previous marijuana research and discovered that marijuana use in young kids would dramatically increase the risk of major depressive disorder and suicidal behavior in later years.

According to Naomi Marmorstein, a professor of psychology at Rutgers University-Camden, one of the leading authors in the study, claims that the research does not prove teenage marijuana use causes these specific mental health problems, however, it does show that there is an increased risk involved.

“It’s possible to take a position that is pro-legalization while acknowledging the risks, just as it is valid to be anti-legalization because of those risks,” Marmonstein emphasized in a press release from Rutgers.

Naomi had worked side by side the McGill University and the University of Oxford team to re-analyze previous marijuana studies, digging through data of more than 23,000 people to determine any connections between the use of marijuana at a young age and depression or suicidal thoughts.

“The questions remained, is this depression because cannabis use can result in experiences that can make you depressed, such as dropping out of school, an inability to keep a job or getting arrested?” Marmorstein answered. “Or is the depression due to the cannabis itself?”

Although the concern that surrounds minors is not a new issue, even advocates of marijuana believe that people should wait till adulthood before trying any substance including marijuana. Some researchers claim that it is not safe at all to use marijuana before the age of 25, states have even prohibited the sale of marijuana to anyone under the age of 21.

In 2017 a National Academies of Sciences case study discovered that marijuana use is more likely to increase the risk of developing schizophrenia, other psychoses, and social anxiety disorders.  Many of these findings are connected to people with underlying conditions that are triggered by the use of marijuana, and no real study has proven that the use of cannabis solely causes mental health.

Regardless of the connections, experts have not been able to pinpoint the actual cause between marijuana use and mental health problems. However, Marmorstein claims that her team’s findings should caution people on the risk of marijuana when consumed at an early age.

“You would say that depression and suicidal behavior are more common among adults who used cannabis as an adolescent than those who didn’t,” she said. “Delaying onset of use is good from both of those perspectives.”

The time is now for New Jersey to legalize marijuana claims the state’s top-ranking state lawmaker. State Senate President Stephen Sweeney announced Thursday that he’s hoping to hold a vote this month on a long-debated finally — and long-delayed — bill to legalize recreational cannabis in the state of New Jersey.

If someone is looking for treatment close to home, search “New Jersey drug rehab near me “ and use our directory to find a center. For more information, please call our 24-hour hotline, CALL  (888) 510-3898

Join Standing United and The L.A. Rams For A Pancake Breakfast , Sports Giveaways and A Ride

Join Standing United and The L.A. Rams For A Pancake Breakfast , Sports Giveaways and A Ride