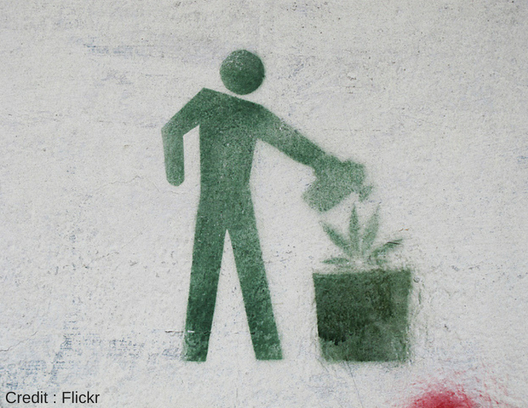 Another step forward for the Cannabis movement, in an unexpected move from the FDA, rejected a request from an Anti-Marijuana group asking for a ruling to place marijuana and its derivatives on a list of restricted substances that are not “generally recognized as safe and effective.”

The move is “not necessary for the protection of public health,” Janet Woodcock, the director of FDA’s Center for Drug Evaluation and research wrote on Monday in a letter to the group, Drug Watch International.

The Anti-Marijuana group filed a petition back in December requesting the crackdown on cannabis, for the Food and Drug Administration to “send an industry-wide warning to the estimated 33,000 marijuana businesses in the U.S., many of which are making unsupported medical claims for marijuana and THC drug products sold as ‘medical marijuana.'”

But in November 2017, the FDA already had sent out similar warning letters to manufacturers containing cannabidiol (CBD), one of the marijuana components that is increasingly used to treat epilepsy and other medical conditions, and which is sometimes marketed as having tumor-shrinking properties.

“Substances that contain components of marijuana will be treated like any other products that make unproven claims to shrink cancer tumors. We don’t let companies market products that deliberately prey on sick people with baseless claims that their substance can shrink or cure cancer and we’re not going to look the other way on enforcing these principles when it comes to marijuana-containing products,” FDA Commissioner Scott Gottlieb said in a press release at the time. “There are a growing number of effective therapies for many cancers. When people are allowed to illegally market agents that deliver no established benefit they may steer patients away from products that have proven, anti-tumor effects that could extend lives.”

The marijuana prohibitionists’ pled their case to the FDA, asking they would take action to “reduce or end the ability of [over-the-counter] sellers of these drugs to assert and advertise unsupported medical claims for their products.”

“It would immediately make such claims unlawful and subject the sponsors to regulatory action, including injunctive seizure of mislabeled and misbranded drugs, as well as other potential sanctions permitted under the [Food, Drug and Cosmetic Act].”

The FDA refused, acknowledging the groups concerns, it “appreciates the safety and public health concerns that motivate” the request, but the agency “already has adequate authority to remove unapproved new OTC drugs containing marijuana or THC from the market.”

This improved stance from the FDA still does nothing to make marijuana more available, only dispel incorrect information and old school stigma’s brought on before the war on drugs during the social era named Refer Madness. It still remains a Schedule 1 on the controlled substance list, but its rejection suggests the Trump administration is not looking for excuses to go out of its way to deal public relation bashings to the cannabis industry.

“This approval serves as a reminder that advancing sound development programs that properly evaluate active ingredients contained in marijuana can lead to important medical therapies. And, the FDA is committed to this kind of careful scientific research and drug development,” Gottlieb said in the press release announcing the move last month. “But, at the same time, we are prepared to take action when we see the illegal marketing of CBD-containing products with serious, unproven medical claims. Marketing unapproved products, with uncertain dosages and formulations can keep patients from accessing appropriate, recognized therapies to treat serious and even fatal diseases.”